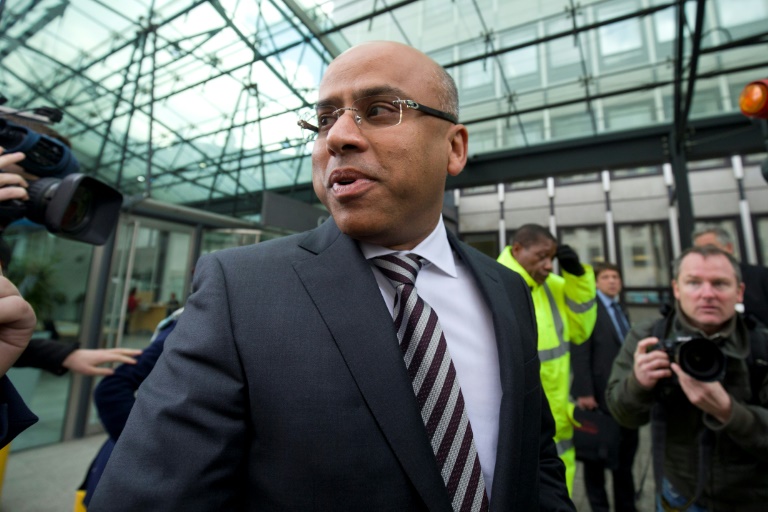 The new battery storage facility will support a new solar farm at the Whyalla Steelworks in South Australia, which was taken over by Sanjeev Gupta's GFG Alliance when it bought Arrium last year (Photo: AFP)

The push towards more renewable energy projects in South Australia followed an "unprecedented" storm that hit in 2016, causing a state-wide blackout.

"Today's announcement is another example of how South Australia ... is leading the world in renewable energy," state Premier Jay Weatherill said in a statement.

"As well as being the most powerful battery in the world, SIMEC ZEN Energy's storage facility will help underpin the long-term viability of the Whyalla steelworks, as well as provide additional benefits to the South Australian grid."

The announcement came a day before the Labor state government goes to the polls in a tight election race that has seen energy policy at the heart of the final days of campaigning.

The state's main opposition party, the Liberals, has sought to distinguish its energy policy from Labor by supporting the development of an additional connection to the power grid instead.

The new battery storage project -- at Port Augusta some 300 kilometres (186 miles) north of Adelaide -- will be supported by a Aus$10 million (US$7.8 million) grant from Weatherill's government.Musk, the maverick billionaire and founder of Tesla, had pledged on Twitter last year to built a battery farm with a self-imposed deadline of having it ready in 100 days

The 100 MW/129 MWh battery, located in the rural town of Jamestown north of Adelaide, was switched on in late 2017 and connected to a wind farm operated by French energy firm Neoen.

It is meant to help tackle power shortages, reduce intermittencies and address demands in summer, when most of the country experiences its highest energy usage.

Musk is also working with the state government on a landmark plan to give 50,000 homes solar panels and Tesla batteries.

The network of solar panels linked to rechargeable batteries will be financed by the sale of excess electricity generated by the network, Weatherill said last month.