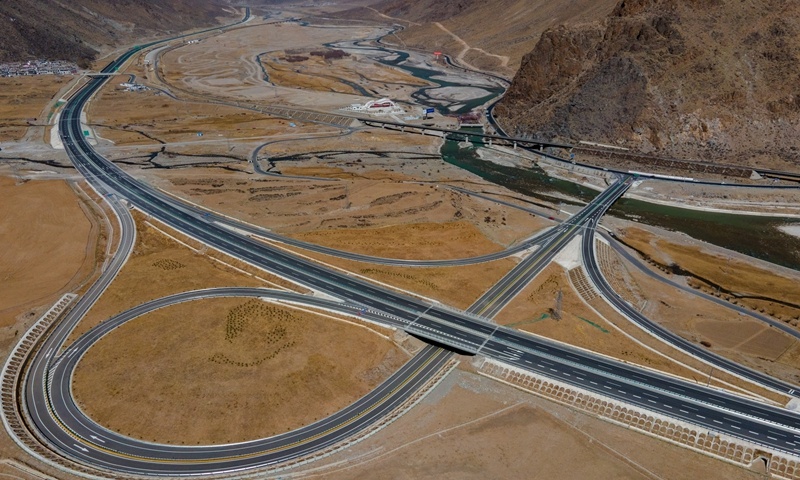 The world's highest expressway in Southwest China's Tibet Autonomous Region went into operation on Saturday, in a major boost for the local economy and its plan to build a main channel of opening with South Asia.

The expressway connects the city of Nagchu and Lhasa, the regional capital. The final 227-kilometer section between Nagqu and Yangbajing went into trial operation on Saturday, taking the total length of the highway system in Tibet to 1,105 km, according to the official WeChat account of the Ministry of Transport (MOT).

The Nagqu-Lhasa expressway lies at an average altitude of over 4,500 meters above sea level, making it the world's highest highway. Moreover, the expressway is the first connecting Lhasa and northern Tibet, cutting the drive between Lhasa and Nagqu by half.

The Nagqu-Lhasa expressway is a crucial part of the G6 Beijing-Lhasa expressway, an important part of the infrastructure for Tibet to participate in the regional economic integration under the Belt and Road Initiative and build a major channel of opening with South Asia, the MOT said in the post. 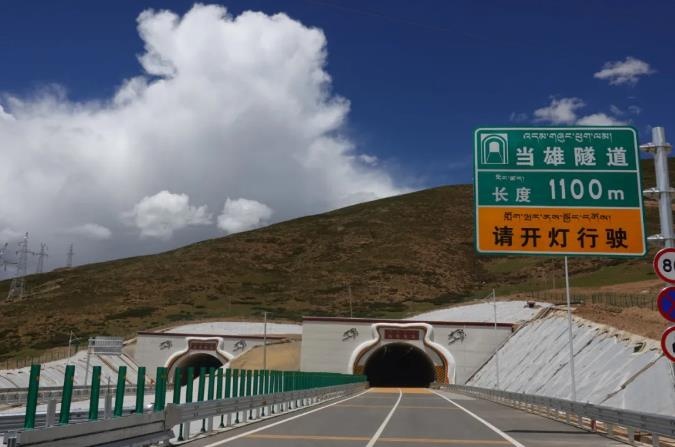 Analysts said that the opening of the expressway will make travel more convenient and promote exchange of goods and materials between the two cities in Tibet and boost the local economy.

Nagqu is a pastoral area rich in food resources, mainly producing beef, lamb and dairy products such as butter, which are popular in Lhasa, Xiong Kunxin, a professor of ethnic studies at the Tibet University in Lhasa, told the Global Times on Sunday.

However, trade was not convenient in the past, as the trip between the two cities was quite long and yaks were mainly used to convey goods from Nagqu to Lhasa, said Xiong, noting that the expressway has greatly eased the inconvenience and will boost economic activities.