WASHINGTON, Oct. 14 (Xinhua) -- Bridgewater, the world's largest hedge fund, warned on Sunday that the US economy faces a looming deceleration as tighter monetary policy starts to weigh on growth and ratchets up pressure on financial markets. 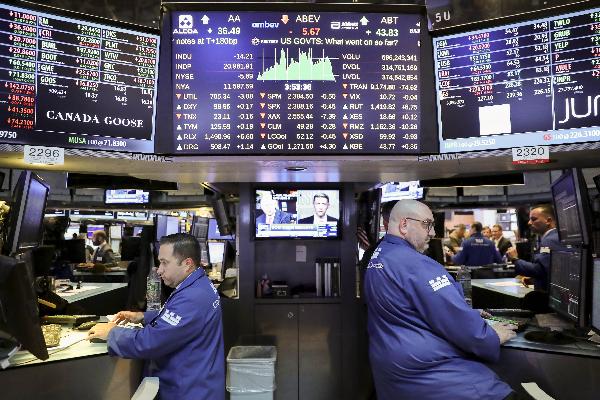 In an interview with Financial Times, Bob Prince, co-chief investment officer at Bridgewater, said the recent market turmoil was triggered by investors realizing that this year's strong economic growth and robust corporate earnings were "likely peaking."

"A lot of optimism about future earnings growth has been baked into equity valuations. But we are at a potential inflection point where the economy is moving from hot to mediocre," Prince said, adding financial markets could feel increasing pressure from the tightening monetary policy.

US stock market tumbled last week, posting the worst weekly decline since March, and US 10-year Treasury yields jumped to the highest level in seven years, due to increasing concerns over the Federal Reserve's rate hikes.

The Fed has raised interest rates three times this year and is largely expected to hike once more before year-end.

"If that (a growth inflection point) is what is happening, then this won't be a one-week event," he said.

The US economy is expected to grow at an annual rate of 2.2 percent in the third quarter of the year, down from 4.2 percent in the second quarter, according to the latest forecast released by the Federal Reserve Bank of New York on Friday.