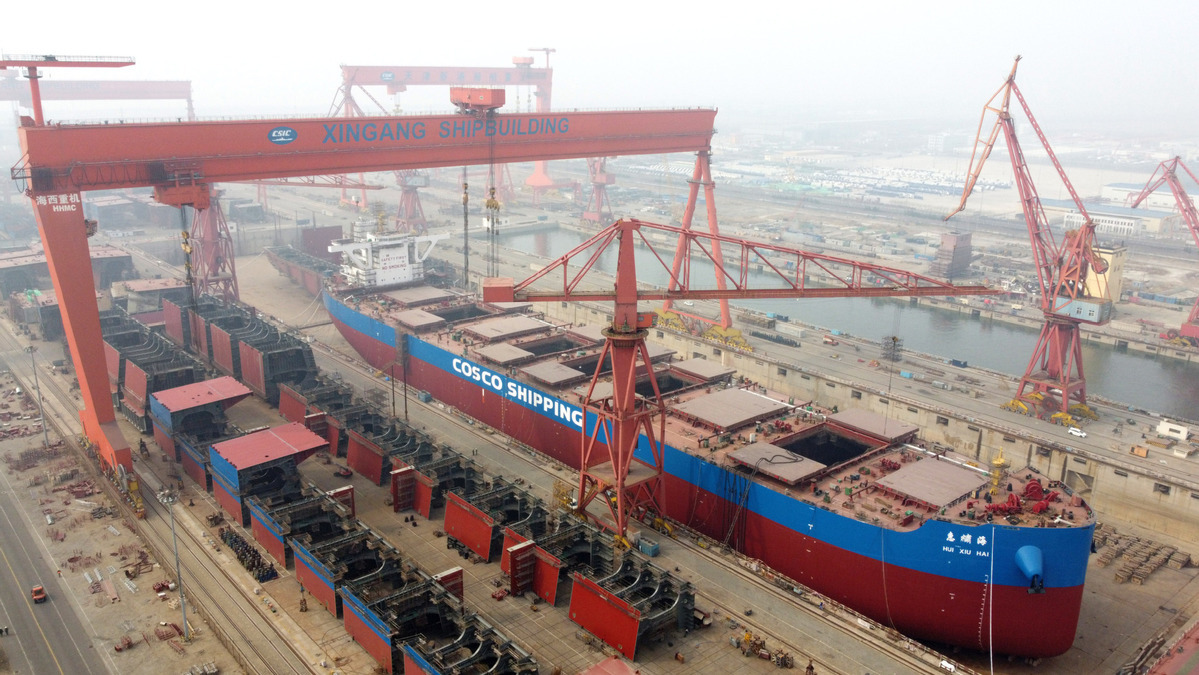 As the first foreign trade ocean lane opened at the port this year, the route aims to improve the maritime transport corridor between the Beijing-Tianjin-Hebei area and Europe and better serve the dual-circulation development paradigm, Beijing Daily reported.

Ten transocean container ships of Evergreen Marine Corp, a member of the Ocean Alliance based in Taiwan, China, will travel from Tianjin Port to major European ports such as Antwerp, Hamburg and Rotterdam once a week via Singapore, Colombo and the Suez Canal, providing a new convenient sea transport channel for import and export companies in northern China.

Besides the new European route, Tianjin Port also opened a Southeast Asia route and a Japan-South Korea route this year. The port, providing tailor-made services for trade companies, witnessed an over 20 percent increase in container shipping volume in the first quarter of the year.

In 2021, Ocean Alliance has further improved the layout of its global marine network with a total carrying capacity of more than 330 ships, or 4.1 million twenty-foot equivalent units or TEUs, the report said.