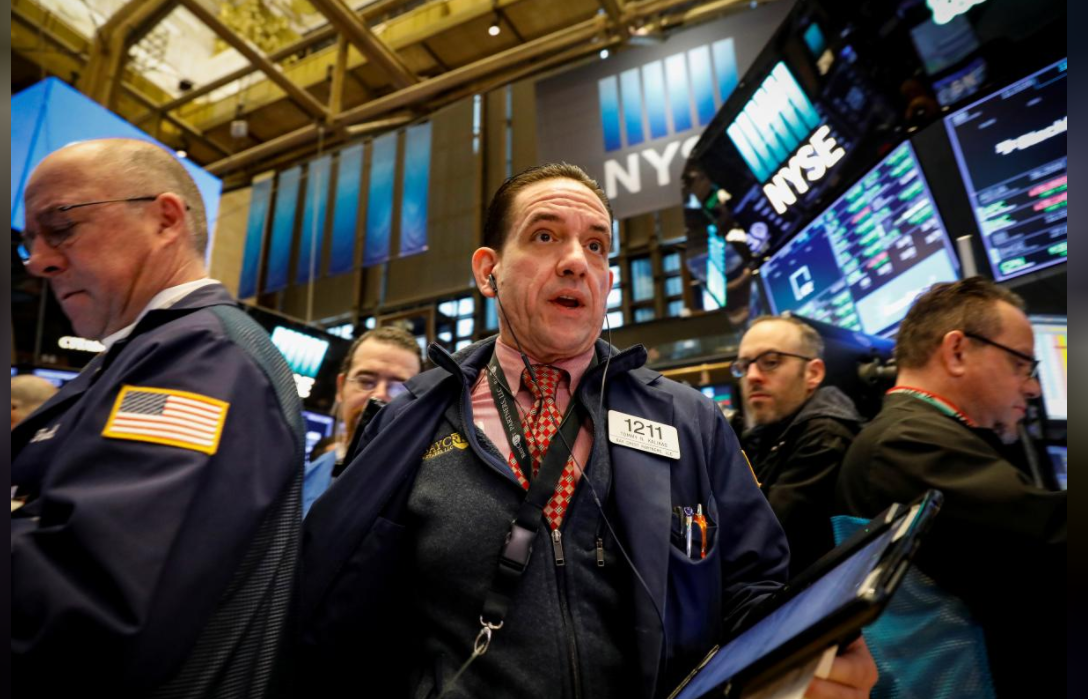 Traders work on the floor of the New York Stock Exchange, (NYSE) in New York, US, February 9, 2018. Photo: Reuters/Brendan McDermid

World equity markets climbed anew on Thursday as investors shrugged off the latest indication of rising US inflation, while strong global growth weighed on the dollar and pushed it to a 15-month low against the Japanese yen.

US producer prices accelerated in January, according to a Labor Department report that offered further evidence of growing inflation pressures in the world’s largest economy.

The report came on the heels of data on Wednesday showing a broad increase in US consumer prices last month.

Faster inflation, which reduces the return of fixed income, spooked the bond market and initially sparked a sell-off in equities on Wednesday. But stocks later rallied on the notion that strong economic growth can offset moderate inflation.

Network gear maker Cisco Systems Inc was among other technology stocks that rose, after its strong quarterly results and upbeat forecast.

Leo Grohowski, chief investment officer at BNY Mellon Wealth Management in New York, said he was encouraged by the reaction to the inflation data.

“In the midst of all the nervousness of the past two weeks, we’re winding out a really strong earnings reporting season,” Grohowski said. “There were a lot eyes fixating on the PPI number this morning, it came in a little hot. But much like yesterday, the market’s shaking it off.”

Of the 383 companies in the benchmark S&P 500 index that have reported fourth-quarter earnings, 76.5 percent have beat analysts’ expectations, according to Thomson Reuters I/B/E/S. 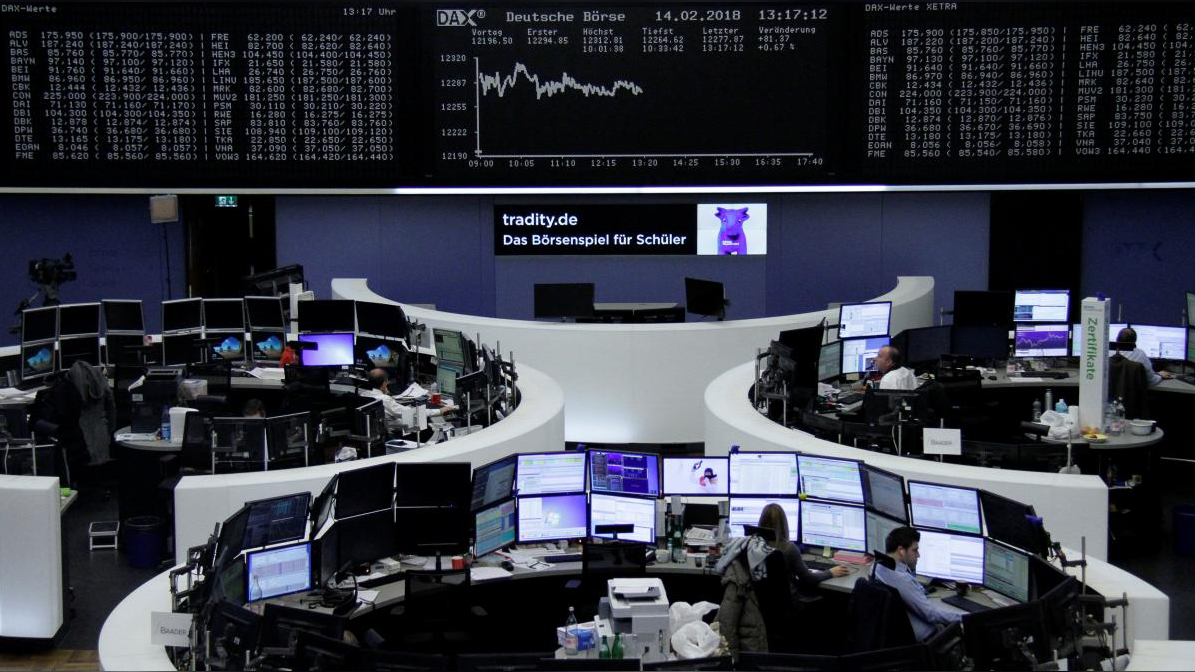 The German share price index, DAX board, is seen at the stock exchange in Frankfurt, Germany, February 14, 2018. Photo: Reuters

Rising interest rates need not be a worry as long as the economy is growing, Grohowski said.

“The market’s growing increasingly comfortable that maybe 3 percent on a 10-year Treasury note is OK,” he said.

The gap between German and US 10-year borrowing costs reached its widest point since April after the higher-than-expected US inflation data led to a sharp sell-off in US Treasuries earlier in the day.

The dollar fell across the board. “Forex markets rotate from theme to theme all the time. The theme right now is global growth and strong global growth has historically pushed the dollar lower,” said Greg Anderson, global head of FX strategy at BMO Capital Markets in New York.

Oil prices were mixed. Brent pared losses and US crude rebounded on a weak dollar and Saudi Arabia’s comments that OPEC and other producers were committed to cutting supplies, which offset record US production and rising inventories.