BUSINESS WTO to authorize China's retaliation on Sept. 21 if US doesn't object

WTO to authorize China's retaliation on Sept. 21 if US doesn't object 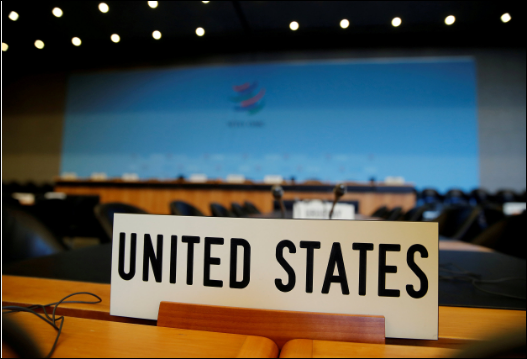 The WTO Dispute Settlement Body must authorize China's retaliation on Friday if the US doesn't object on the expiry date.

The WTO decided on August 22 that the US should compensate China for imposing anti-dumping measures on Chinese exports. On Sept. 11, no satisfactory compensation was agreed to between the two sides and China acted to ask the Dispute Settlement Body for permission to retaliate. If the US has not filed against the request in 10 days, the body must authorize the retaliation.

China asked for WTO authorization to impose an annual trade sanction of $7 billion on US goods, as a result of the failure of the United States to comply with a WTO ruling, according to documents published on Sept.11 by the WTO.

A document circulated to all WTO members said China requests authorization from the WTO's Dispute Settlement Body (DSB) to "suspend concessions or other obligations" with respect to the US "at a level equivalent to the nullification or impairment suffered", due to the failure of the US to comply with the recommendations and rulings of the DSB.

Also mentioned in the document is that the level of nullification or impairment totals a little over $7 billion annually.

China won a WTO ruling in 2016 in a dispute on certain methodologies applied by the US during its anti-dumping proceedings. The ruling was later confirmed by an appeal last year. However, China considers that "no substantive effort and progress has been made" by the US to fulfill its implementation obligation.