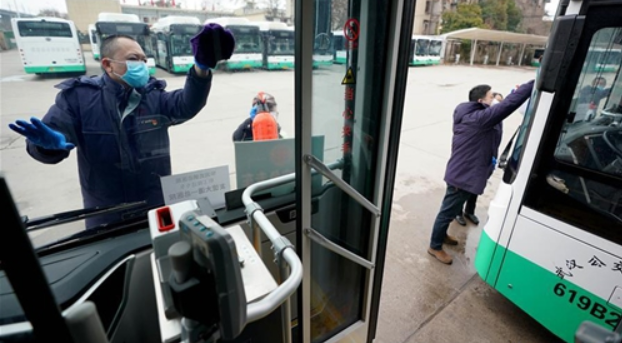 Businesses and workers in Wuhan, Central China's Hubei Province, at the epicenter of the deadly coronavirus outbreak, are waiting anxiously for policy clarity from local officials as to when they can resume operations and work, as the initial end of the closure period draws near.

Given the still serious circumstances surrounding the epidemic and further intensified efforts to contain the virus, many businesses, workers and analysts are calling on officials to delay the plan to resume activity.

Hubei Governor Wang Xiaodong said at a press briefing on January 29 that businesses in the province could not resume operations before the end of Thursday. Many have interpreted the comment as meaning that resumption of economic activity could take place starting on Friday. Some companies even plan to resume production on Friday.

Chinese computer manufacturer Lenovo plans to resume production at its factory in Wuhan on Friday, after making full preparations for production safety, the company told the Global Times on Wednesday.

A fertilizer producer in Wuhan is also awaiting confirmation from officials before deciding when to restart production, said a company representative. "I don't think we will resume production on February 14," the representative told the Global Times.

As of press time on Wednesday, officials in Hubei had not issued any new information regarding the resumption of business operations. Instead, they have stepped up efforts to contain the outbreak by putting further restrictions on the movement of people in and out of communities.

The lack of clarity on the matter from officials in the province, who have been under fire from the public for their initial response to the epidemic, has also drawn harsh criticism and widespread calls online to further delay businesses' operations.

A topic urging Wuhan officials to delay resumption of operations on Sina Weibo had attracted more than 8 million views and over 3,000 comments as of press time on Wednesday.

"Hubei has more than 30,000 confirmed cases and the number increases by around 2,000 each day, and we are still resuming production on the 14th. This is completely unreasonable," a Weibo user commented. "I strongly demand delayed resumption of production."

Some have also pointed out the inconsistency in officials' measures to put restrictions on movements, while allowing resumption of businesses operations. "Without public transportation, does it mean we have to walk to work? I am scared to even go downstairs," another Weibo user said.

A prominent professor of immunology in Beijing said that Wuhan and even all of Hubei are not in proper condition for industries other than the pharmaceutical sector to resume operations.

"As the number of confirmed cases is still increasing, resuming production will create the risk of transmission," the professor, who spoke on condition of anonymity, told the Global Times on Wednesday. "Optimistically speaking, Wuhan and Hubei can resume business operations after one month.