Xerox Corp (XRX.N) has lost its bid for a quick appeal of a decision to block its deal with Fujifilm Holdings (4901.T), according to a court filing on Monday, handing a victory to activist investors Carl Icahn and Darwin Deason in the months-long saga. 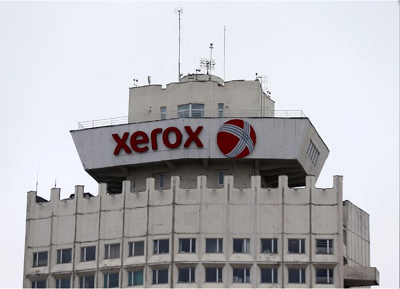 The logo of Xerox company is seen on a building in Minsk, Belarus, March 21, 2016. (File Photo: Reuters)

The printer and copier maker on Friday appealed a New York court ruling to block the deal, which the two companies reached in February.

Xerox also said on Friday its ousted CEO and directors would remain in place following the expiry of an agreement with the activist shareholders.

The company’s appeal will now be heard in September, according to the latest court filing.

Earlier in the day, Icahn and Deason in a letter to Xerox shareholders said they would consider a bid for the company of at least $40 per share, or a split with Fujifilm that will leave the company independent, to resolve an ongoing proxy fight.

In February, Japan’s Fujifilm said it is set to acquire Xerox in a $6.1 billion deal, combining the US company into their existing joint venture to gain scale and cut costs amid declining demand for office printing.

Icahn and Deason, who were already questioning the Fujifilm joint venture agreement, have opposed the merger since it was announced, saying it dramatically undervalues Xerox.

In April, both Icahn and Deason, suggested alternatives to the proposed merger, including a plan for the US company to monetize some assets.

The activist investors said in a letter in April, that the their plan will create total value of $54 to $64 per share, compared to the approximate $28 per share in the Fujifilm deal.

Xerox declined to comment on the latest letter from the activist shareholders.

The company’s shares closed little changed at $28.46 per share on Monday.