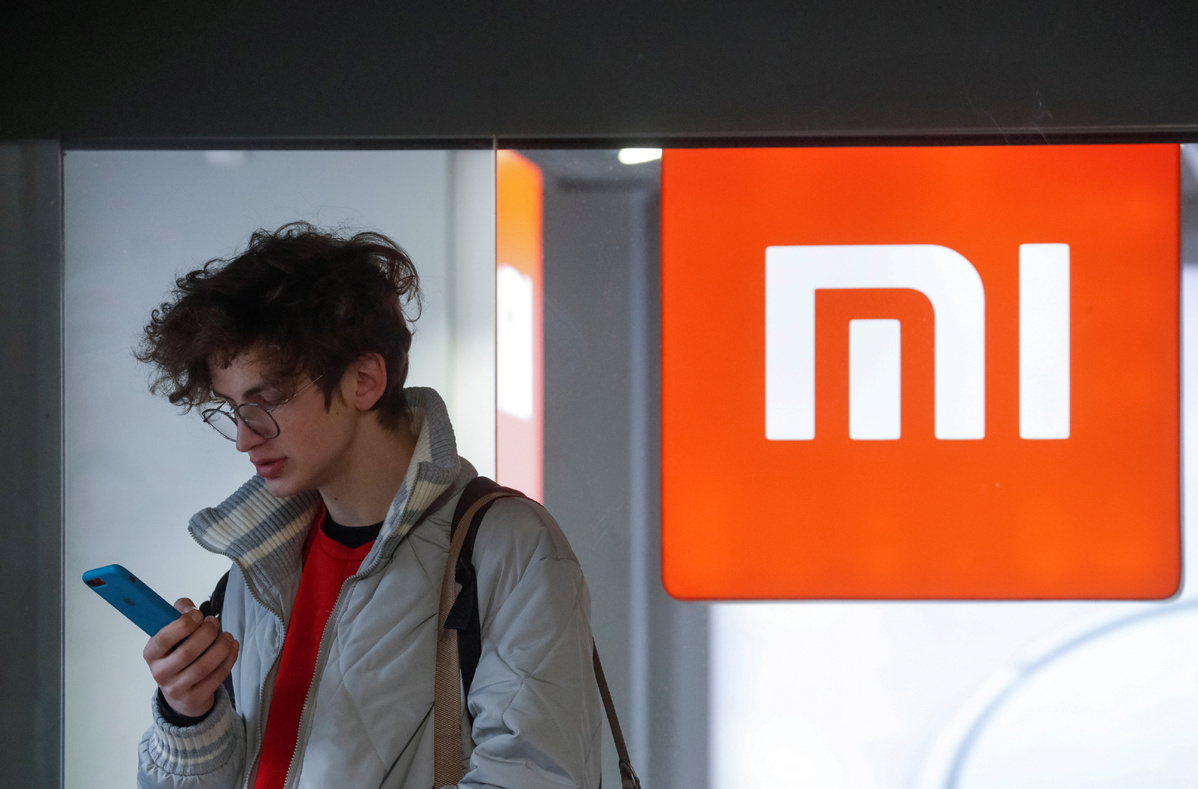 A man uses his smartphone next to the Xiaomi brand's store in central Kiev, Ukraine, Feb 11, 2020. (Photo: Agencies)

Xiaomi claimed third place by global smartphone shipments, reaching 47.1 million units shipped worldwide in the third quarter, up 45 percent year-on-year, according to the latest report by Canalys, a market research company on Friday.

This is the second time the smartphone brand took such a position, following the first instance in 2014, according to Beijing News.

"Xiaomi executed with aggression to seize shipments from Huawei," said Mo Jia, an analyst at Canalys. "There was symmetry in Q3, as Xiaomi added 14.5 million units and Huawei lost 15.1 million. In Europe, a key battleground, Huawei's shipments fell 25 percent, while Xiaomi's grew 88 percent."

As Huawei slipped into the second place with a 23 percent fall to 51.7 million units worldwide, Samsung regained the lead, up 2 percent to 80.2 million units, according to Canalys.

The report found Apple, which had no flagship iPhone launch in September, shipped 43.2 million, down 1 percent in Q3, and dropped to fourth place. Meanwhile, Vivo moved into the top five, shipping 31.8 million units, followed by Oppo ranking sixth, with 31.1 million units, and Realme seventh, with 15.1 million units.