Xiaomi expands in Europe with first Mi Store in Romania 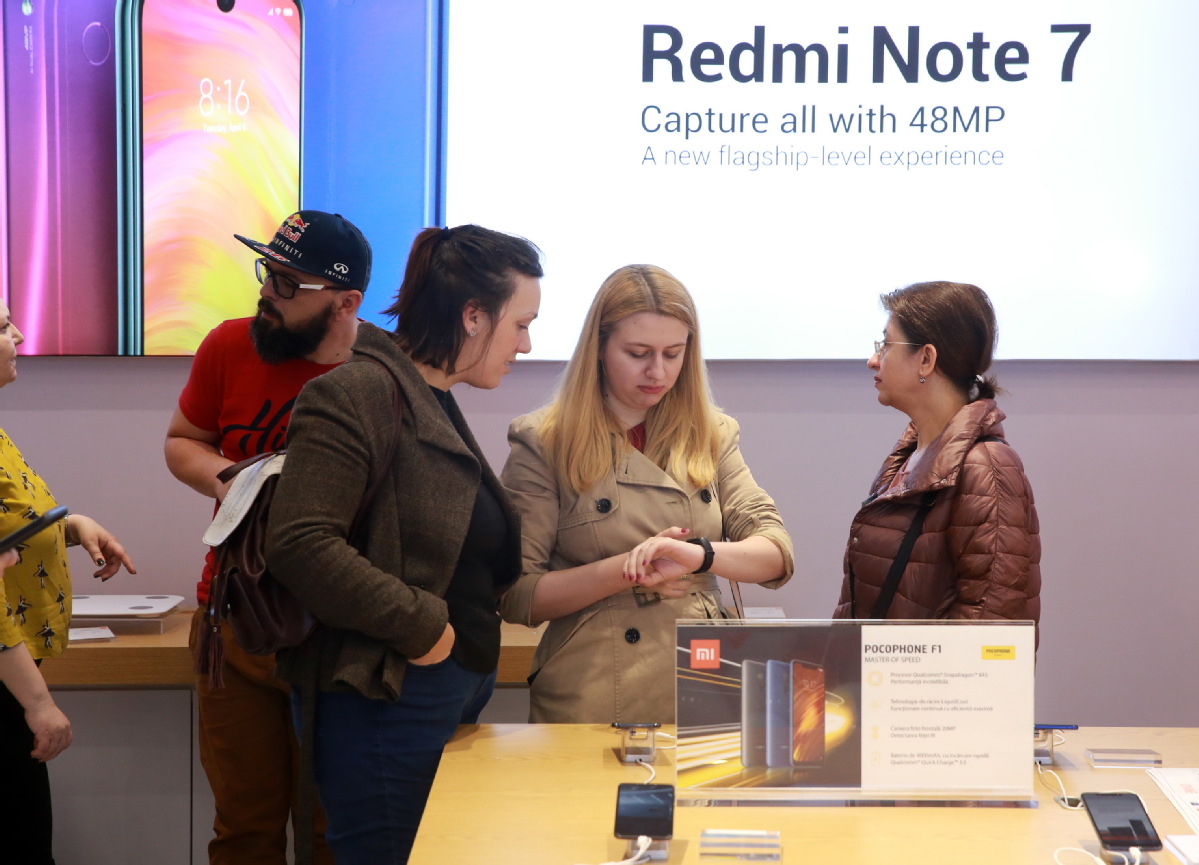 On Sunday, hundreds of Romanians formed long lines at a shopping center in Bucharest to attend the opening ceremony of a consumer electronics brand's first store in the country. The store is not owned by Apple Inc, but Chinese smartphone company Xiaomi.

"With the opening of the flagship store in the country, we are pleased to announce that Mi fans can purchase the first Xiaomi phones officially in Romania," said Zhang Guoren, Xiaomi authorized representative in Romania.

Xiaomi is currently the fourth largest smartphone producer in the world, and it is scrambling to expand its presence the world over, especially in markets involved in the Belt and Road Initiative.

Lei Jun, founder and CEO of Xiaomi, said in an earlier interview that the company is attaching huge importance to the European market; and overseas revenue, now at 44 percent of the total, will soon surpass domestic earnings.

"At first, we want to become the No 1 or No 2 smartphone vendor in one or two European countries. We have selected Spain and France as our primary destinations," Lei said.

The Beijing-based company's smartphone shipments to Western Europe grew 386 percent year-on-year in the third quarter of 2018, according to market research company Canalys.

"Our products and services are now available in more than 80 countries and regions. We are also entering Africa to accelerate the adoption of smartphones in local communities," Lei said.

Thanks to growing popularity in India and Western Europe, Xiaomi's net profit in the fourth-quarter of 2018, more than tripled over the same period of 2017 to 1.85 billion yuan ($276.5 million), exceeding the 1.7 billion yuan average estimate by market data provider Refinitiv.

Xiang Ligang, director-general of the Information Consumption Alliance, said Xiaomi's performance shows that despite the slowdown in the global smartphone market, the company is facing its challenges relatively well.

"Its cost-effective and quality smartphones are well received in more overseas markets, but 2019 will be a challenging year, with smartphone shipments worldwide continuing to slump. More efforts are needed in Europe where consumers prefer more premium devices," Xiang said.

Under the deal, Jumia will open an official Mi store on its platform and give Xiaomi access to millions of online customers across 14 countries in the continent. Jumia will also offer Redmi Go exclusively in Africa as well as other devices later in the year.

Romain Christodoulou, senior vice-president of Jumia, said the move is a promising first step to a close partnership between the two companies over the years to come.

"This partnership is important for us, as it will foster smartphone adoption in Africa as well as support e-commerce penetration. Xiaomi and Jumia have similar internet DNA and will serve a common purpose: delivering best-in-class affordable smartphones along with the best shopping experience," Christodoulou said.

Xiaomi is also gaining increasing popularity in Russia. According to a study released in December by the Russian online seller of Chinese goods Pandao, gadgets produced by Chinese electronics company Xiaomi were the most popular among local users in 2018.

Xiaomi smartphones were ahead of iPhones in terms of sales volume by some 50 percent last year, said Pandao, which is owned by Russian internet group Mail.ru.