Xiaomi did not respond to chinadaily.com.cn's question on where the company will launch its IPO. 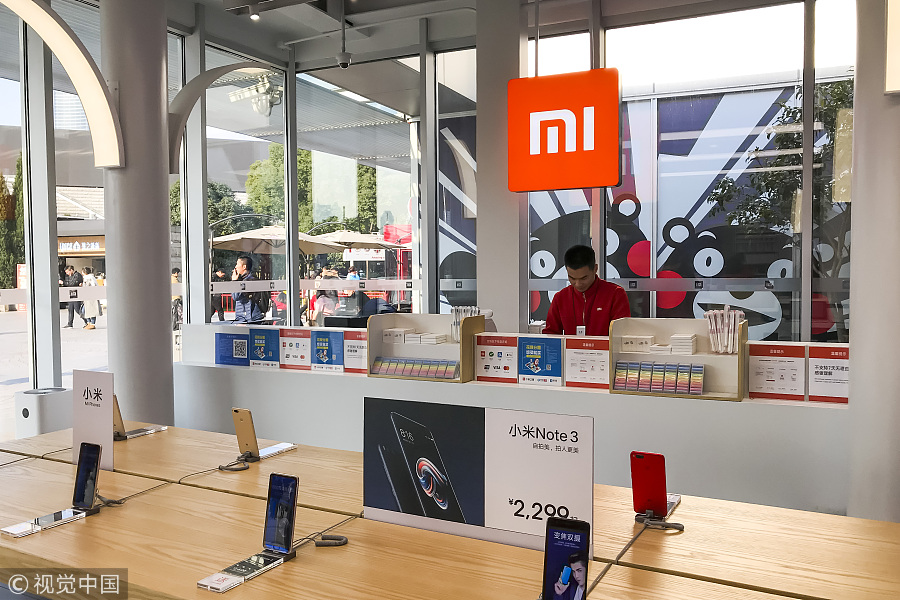 The possibility for Xiaomi to list on the A-share market is low, according to All Weather TMT, another tech news portal, which cited multiple sources in VC industry and in securities companies. One source said that Xiaomi had not taken any concrete step toward listing in the A-share market, in addition to the fact that its VIE structure made it unable to participate in the A-share market directly.

As for the rumored valuation of Xiaomi at $100 billion or $ 200 billion, Tiger Brokers researchers said that as Xiaomi had not filed financial statistics for its IPO, it was still too early to tell whether Xiaomi was "expensive" for investors.

Xiaomi's smartphone business has returned to high-growth trajectory in 2017. Total shipments in the Chinese smartphone market in the fourth quarter were 114.3 million units, down by 15.7 percent year-on-year, according to a report released by market research firm IDC on Feb 6, but Xiaomi shipped 5.9 million units, up by 57.6 percent, snapping a market share of 13.9 percent.

Smart wearable device maker Huami Corporation, one of Xiaomi's ecosystem company, has already rang the New York Stock Exchange opening bell in January, the first Chinese tech company that went public in the US this year.