BUSINESS Xiaomi ties up with IKEA to embrace smart homes

Xiaomi ties up with IKEA to embrace smart homes

Xiaomi Corp announced a cooperation with IKEA on smart homes, with a co-developed smart lighting system to debut next month. 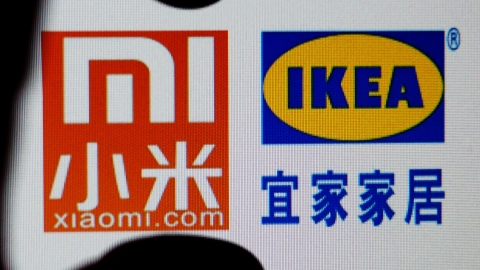 Xiaomi is to establish a fund of 100 million yuan (US$14.5 million) for the Internet of Things sector covering connected devices including lamps, cleaning robots, air purifiers and electric rice cookers.

It’s a transformation for Xiaomi, which used to focus on smartphones, TVs and other devices.

Xiaomi turned to black from red in the third quarter thanks to booming smartphone sales, expanding overseas revenue and its emerging IoT and Internet business.

It was the first profitable fiscal result since Xiaomi issued an initial public offering in Hong Kong in June.

In the third quarter, Xiaomi ranked No.4 in the Chinese smartphone market behind Huawei, Vivo and Oppo, with a sales decline of 13.6 percent year on year, said research firm IDC.

Up to now, Xiaomi’s system connects 132 million IoT devices (excluding smartphone and computer), compared with 85 million a year ago.