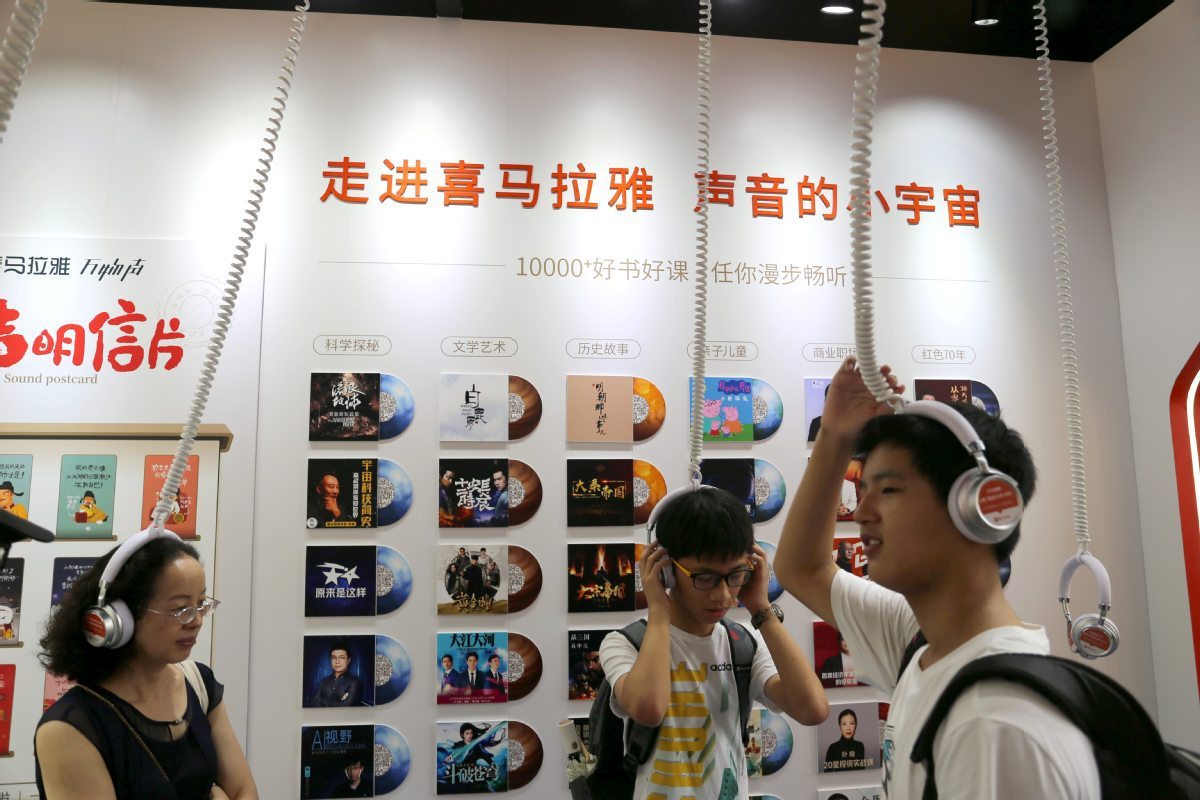 Visitors listen to audio books at the booth of Ximalaya during a book fair in Shanghai on Aug 14, 2019. [Photo provided to China Daily]

The Shanghai-based company lodged its prospectus to the bourse, but the size of the float has not been determined.

With monthly active users reaching 262 million in the first half of 2021, Ximalaya provides a wide variety of audio content through which people produce, share and consume knowledge, information and entertainment.

The company reported revenue of 2.51 billion yuan for the six months of 2021, up 56 percent year-on-year according to the prospectus. Revenue for 2020 reached 4.08 billion yuan.

The company posted losses of more than 2 billion yuan between 2018 and 2020. Net loss for the first half of 2021 reached 324 million yuan, the prospectus showed.

In 2020, users on Ximalaya's apps spent a total of 1.56 trillion minutes listening to audio content, accounting for approximately three quarters of total mobile listening time among all online audio platforms in China, according to consultancy CIC.