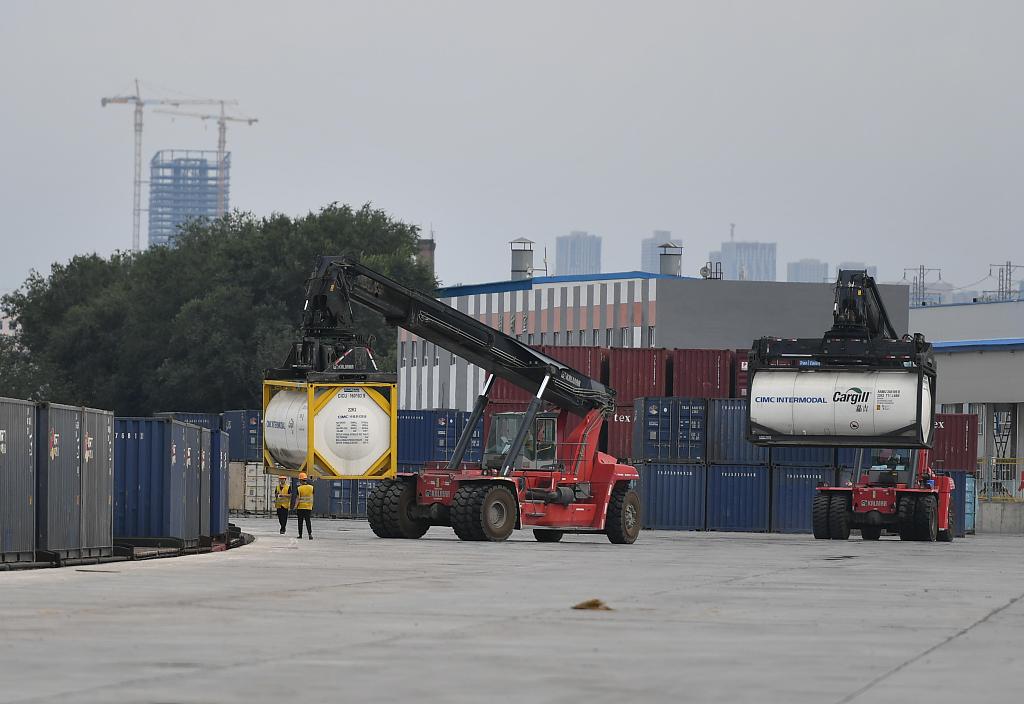 Carrying 12 tonnes of German-made lubricant, the truck departed from Germany and was bound for Urumqi, Xinjiang's capital, a 7,700-km journey.

TIR stands for Transports Internationaux Routiers or International Road Transports. It is an international customs transit system to help save time and money for transport operators and customs authorities when moving goods across borders.

"We passed six countries including Poland, Belarus, Russia and Kazakhstan before arriving at Horgos. It was a smooth trip," said Ma Yanxin, the truck driver from a Xinjiang-based company.

According to data from the Horgos customs, a total of 129 vehicles using the TIR procedure have left China through Horgos since May 2018, mostly heading for countries like Russia, Turkey and Poland.

"We have prioritized customs procedures for TIR vehicles, allowing them to pass within three minutes under normal circumstances," said Mai Xiaoyu, an official at the Horgos customs.

Currently, China has six TIR pilot ports including Horgos and Manzhouli, a border port with Russia in the Inner Mongolia Autonomous Region.