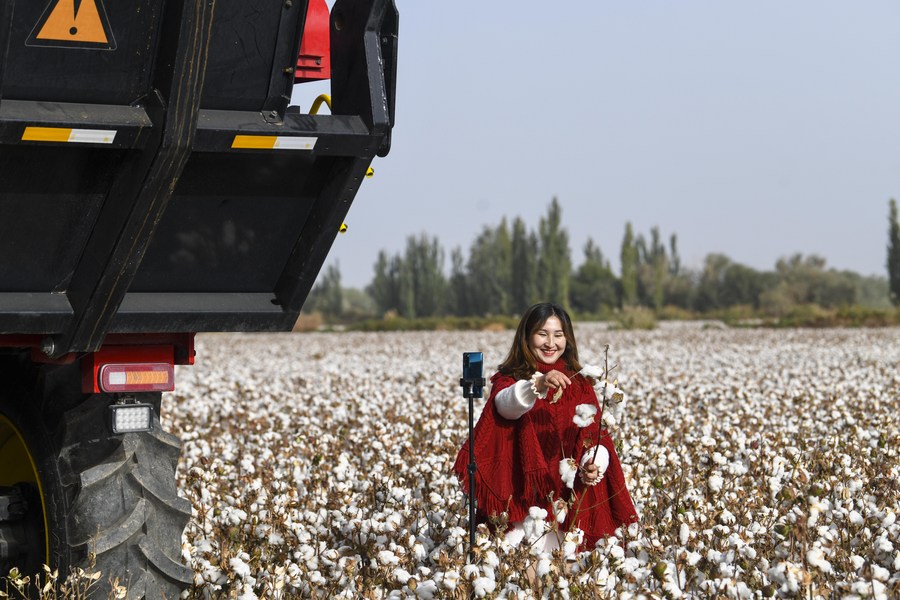 URUMQI, July 26 (Xinhua) -- The gross domestic product (GDP) of northwest China's Xinjiang Uygur Autonomous Region totaled 827.9 billion yuan (about 122.7 billion U.S. dollars) in the first half of 2022, up 4.9 percent year on year, according to local authorities.

The total output value of the agriculture, forestry, animal husbandry and fishery sectors reached 119.94 billion yuan during the first six months, up 5.4 percent year on year.