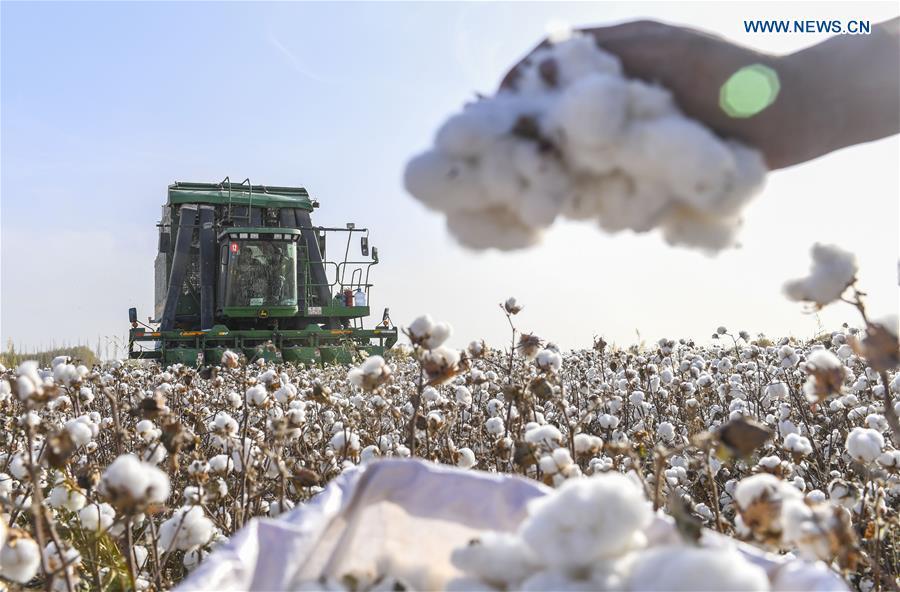 Freight of cotton via Xinjiang's railways totaled some 2.7 million tons during the January-July period, up over 83 percent year on year, according to China Railway Urumqi Group Co Ltd.

The local railway bureau attributed the cargo boom to the growing demand for cotton to facilitate the production of protective gear and other medical supplies as well as enhanced transport efficiency.

Rail freight of coal and ore also posted robust year-on-year growth in the first half of this year in Xinjiang.

Xinjiang's total rail freight had topped 100 million tons by Aug 3, about one month earlier than the time taken to reach the threshold last year.

Xinjiang has been investing big in railway development to build a more extensive transport network. The Golmud-Korla railway, the third railway for exchanges between Xinjiang and other regions, has finished track-laying and is expected to be put into operation within the year.