URUMQI, Dec. 9 (Xinhua) -- For Mametabula Tursun, a villager in Jiashi County, northwest China's Xinjiang Uygur Autonomous Region, a job has not only changed his life but the lives of his family. 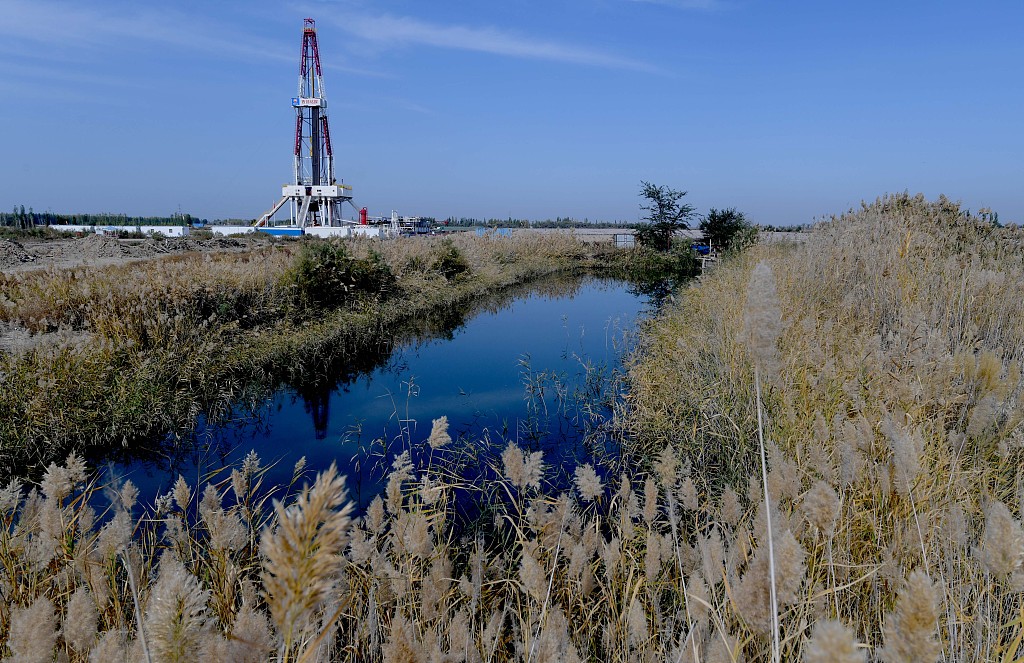 Living in a poverty-stricken village in the county, 27-year-old Tursun was under huge pressure to feed his seven-member family, whose income depended on farming.

"As the eldest son of the family, I felt great pressure of taking care of my parents and three-year-old daughter," he said.

Thanks to the poverty alleviation policies launched in Xinjiang, Tursun was employed as a worker at the Karamay oil drilling company in western Xinjiang in March 2018.

"There are air-conditioners and heaters in our dormitories provided by the company. The company also provides services including cooking, dormitory cleaning and clothes washing," he said.

In 2018, Xinjiang initiated a three-year poverty-relief plan for the four regions in southern Xinjiang -- Aksu, Kashgar, Hotan and the Kirgiz Autonomous Prefecture of Kizilsu.

Thanks to a series of job creation programs, poor residents in these areas can find jobs in nearby industrial parks and "satellite factories" or migrate to larger cities in or outside Xinjiang, according to the regional department of human resources and social security. Local government and companies have also offered basic skills training courses for many job seekers.

With his salary, Tursun not only paid off his family's loans but bought them a cow and an electric motorcycle at the beginning of this year. "My family is very happy, and even my neighbors are jealous of my job," he said.

Xinjiang has created more than 100,000 jobs in industrial work for poor residents in the past two years, according to local authorities.

"Thanks to such policies provided by the government, I have learned how to create value with my own hands," said Ayijiamal Kader, a resident in Yecheng County in southwestern Xinjiang. "I can not only make money to support myself but also lift my family out of poverty."