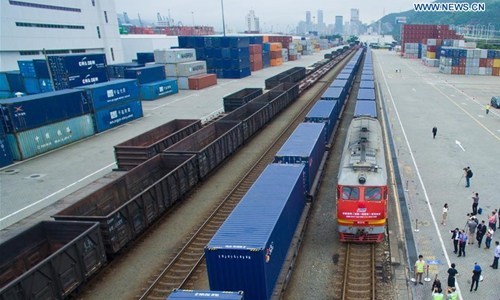 Xinjiang has set up trade relations with 170 countries and regions. From January to November last year, the regions' total foreign trade has reached 149.17 billion yuan, up 31.1 percent year on year.

In 2020, Xinjiang will continue to rely on the ports with improved infrastructure to boost its foreign trade, especially in the exports of textile and apparel, electromechanical, chemical engineering, construction and local agricultural products, according to the region's government work report.