Xiongan New Area, a national-level economic zone neighboring Beijing in Hebei province, said it will actively attract foreign investment, advanced technologies and management experience to support the planning and construction of the area, according to a statement issued by the local government. 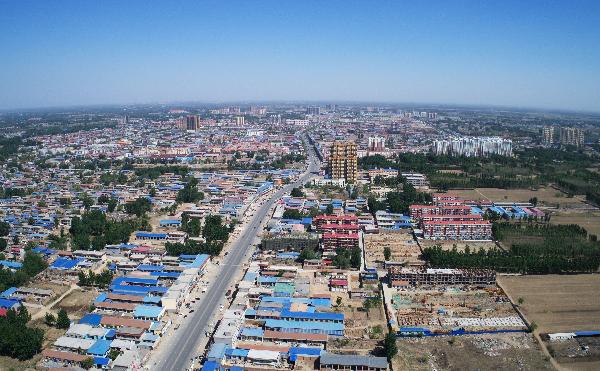 The area, established last year and located some 100 kilometers southwest of Beijing, was set up to reduce Beijing’s non-capital functions. The region will promote the centralized operation and management of foreign exchange funds of multinational corporations, according to the statement released last week.

The statement said the region will also simplify the establishment procedures and reduce the setting up time and costs of foreign-invested companies. Those investments need to be outside of the negative list, a list of areas where foreign investment is prohibited. In June, China unveiled a shorter negative list for foreign investment.

“The development of Xiongan New Area needs investment. Foreign investment is an important source of funding, besides investments from State-owned and private domestic companies,” said Lu Jinyong, a professor at the University of International Business and Economics in Beijing.

“Xiongan New Area is positioned as a region with high-tech sectors, and modern manufacturing and services sectors. The development of those segments needs to attract advanced foreign technologies, management experience and production models to help drive growth,” he said.

The region will attract more foreign investment in areas including big data and the internet of things, information technology, biopharmaceuticals, artificial intelligence and smart equipment, manufacturing of high-end equipment, new energy and new material segments, in addition to modern service sectors and modern agriculture, according to the statement.

Meanwhile, Xiongan New Area will guide State-owned and private enterprises in Hebei province to become actively involved in international cooperation, and allow foreign investors to invest in small and medium-sized enterprises listed on China’s National Equities Exchange and Quotations board.