Xiongan to set up blockchain lab for urban planning, provide framework for smart 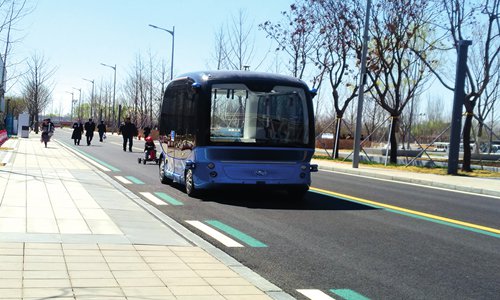 The Xiongan New Area in North China's Hebei Province will set up a blockchain lab to incorporate the technology into the city's fabric, which an expert said would offer an alternative framework to build a smart city.

A blockchain-based capital system is also on trial, which can provide better financing and offer payroll services for construction workers in the new area, according to a post by the Xionganfabu WeChat account, which belongs to local government.

Some of the first forays into the blockchain can be traced back to last year, according to the post. In June 2018, the first financing transaction service was completed in the new area, with total transactions of 4 million yuan ($570,000). As of October 2019, about 110,000 people had been paid through the blockchain-based mechanism.

The use of blockchain in Xiongan's planning is an ambitious plan to provide an alternative framework for urban public administration, especially when incorporated with other smart systems, Cao Yin, an analyst in the blockchain sector, told the Global Times on Monday.

"In financing, blockchain can significantly reduce the processing cost and increase operating efficiency, as companies' encrypted track records are a reliable proof of their creditworthiness. It also involves much less hassle, as companies don't have to submit extra files apart from the record track from the blockchain system," Cao said.

According to information published on chinaxiongan.cn, the official website for the new area, blockchain technology has been embedded in major urban construction projects, from Xiongan's forestation project to a citizens' service center, and it has been used in making appropriations to build dams.

"It is also essential that the Xiongan New Area is allowed to build a truly comprehensive blockchain-based system with other technologies because Xiongan is practically being built from scratch," Cao said.

In October, the Xiongan New Area published its plans to build up a smart city, which outlined some lead-edge technologies including the Internet of Things, civil information modeling platforms and the geographic information system framework.