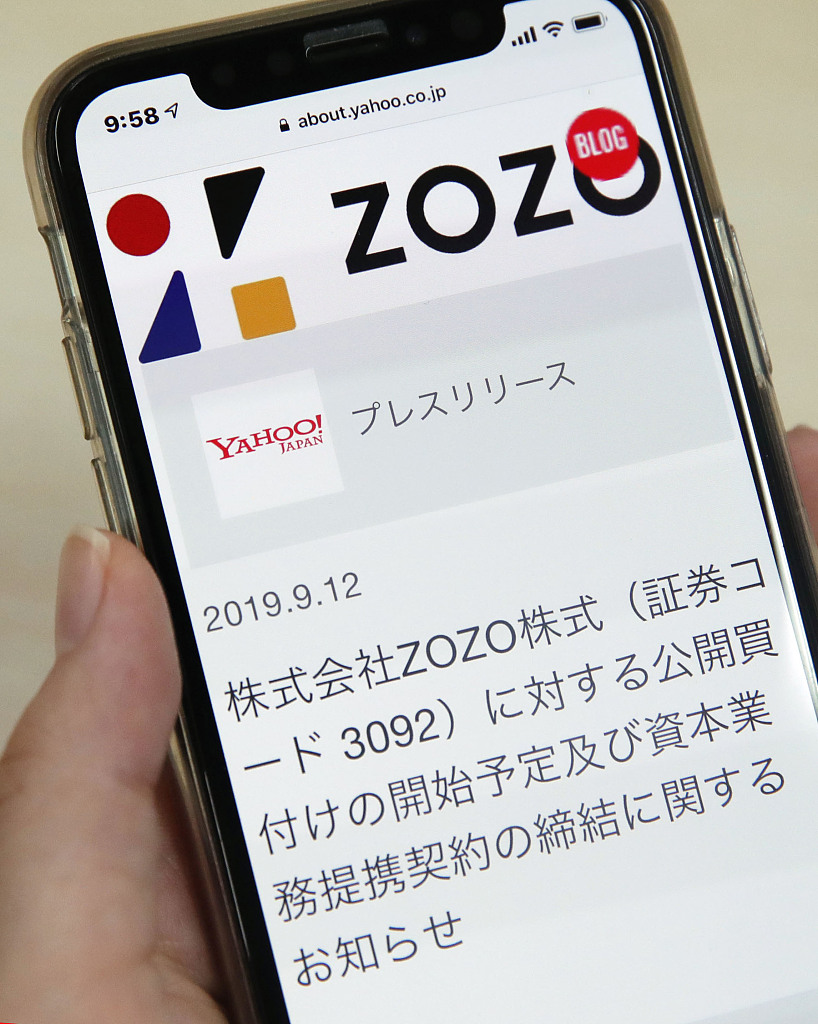 The deal includes an agreement to acquire 92.7 million shares from Maezawa, equivalent to the 30.37 percent he owns in Zozo.

Maezawa, known for his extravagant lifestyle and eccentric comments, will step down as Zozo chief executive from Thursday.

"I will leave Zozo's future in the hands of a new president, and I'll move on to a new path," he said in a tweet.

He made international headlines by booking a ticket aboard a SpaceX rocket, as well as for his purchase in 2017 of a Jean-Michel Basquiat masterpiece for $110.5 million.

At a press conference on Thursday, Maezawa cited his space plans and ambition to start a new business as reasons for stepping down.

"I'm planning a Moon trip in 2023 and preparations have been making smooth progress.

"As I need to spend more and more time on the preparations and training, I decided to make a clean resignation," he said.

Maezawa said he was also planning to go to space one more time and details would be disclosed later.

While describing the 21 years he spent to build the Zozo group were "like a dream", he said he wanted to start a new business, without elaborating.

The move by Yahoo Japan is part of its efforts to strengthen its e-commerce businesses.

Yahoo Japan shares soared 2.35 percent on the Tokyo bourse Thursday after it announced it would take a majority stake in Zozo. The stock of Zozo rocketed 13.43 percent.