WUHAN, Dec. 29 (Xinhua) -- Annual cargo transport on the Yangtze River hit a record high in 2020, with a total of 3.06 billion tonnes of cargo shipped through its main reaches, up 4.4 percent year on year, authorities said on Tuesday. 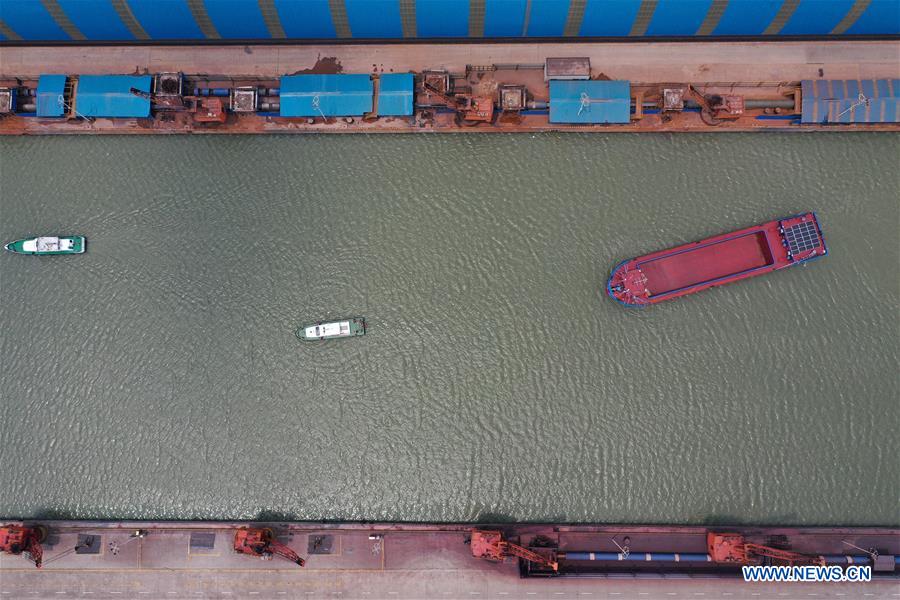 Aerial photo taken on May 8, 2020 shows the electric cargo ship "Zhongtiandianyun 001" during a test on the Yangtze River in Changzhou, east China's Jiangsu Province. (Photo: Xinhua)

The river's cargo flow ranked top among the world's inner waterways again, despite the pandemic and floods this year. The average cargo ship tonnage on the river increased from 1,880 tonnes in 2019 to 1,960 tonnes in 2020.

With waterway construction and maintenance efforts, the navigation capacity and traffic structure of the river have improved. So stated Tang Guanjun, head of the administration of navigational affairs on the Yangtze River under the Ministry of Transport.

In 2020, the administration continues to promote the ecological development of waterways. An integrated monitoring and information system for water pollutants from ships along the trunk line of the Yangtze River is in operation. It spreads to all ports along the Yangtze River Economic Belt. Ships using new energy, such as electricity and liquefied natural gas, are also now operating.