The coastal city of Yantai in East China's Shandong province is aiming to develop into a modern city featuring an advanced manufacturing industry, a vibrant marine economy and a wonderful environment to work, live and travel. 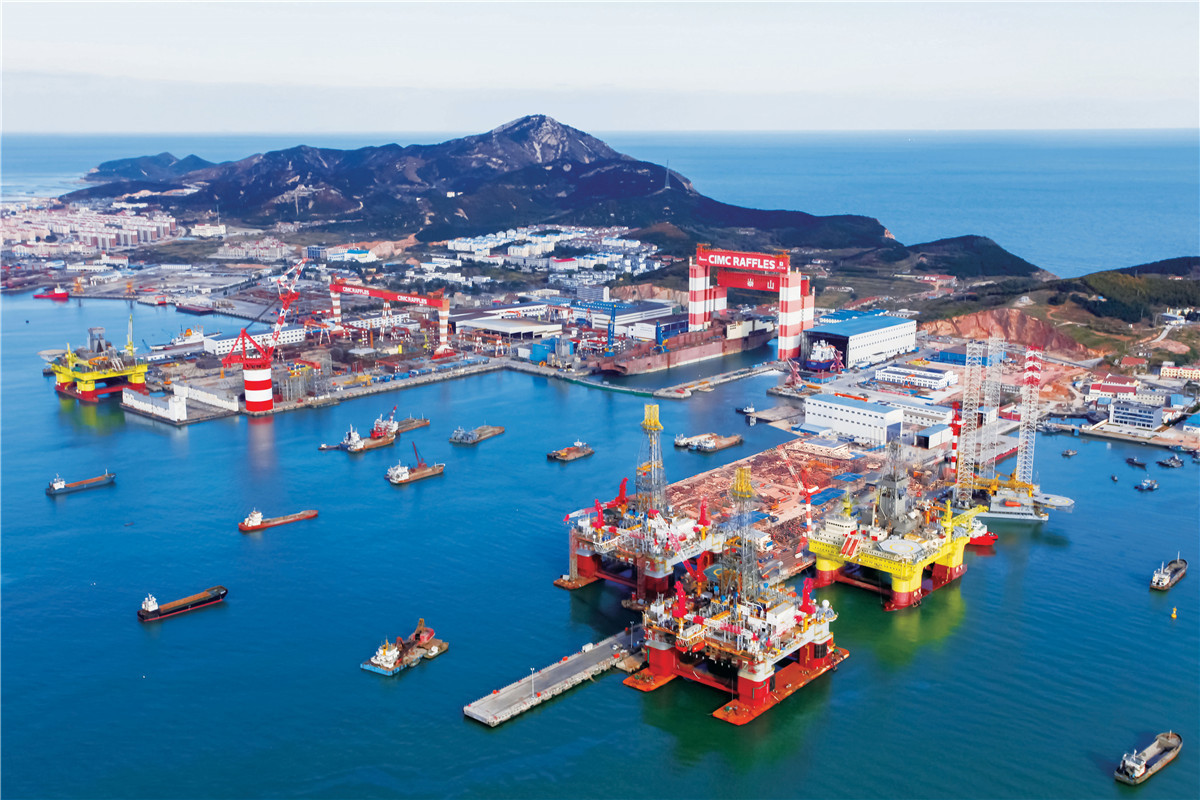 A construction base for CIMC Raffles in Yantai, Shandong province. (Photo: China Daily)

Zhang Shuping, Party secretary of Yantai, made the remarks at the ongoing third session of the 13th Shandong Provincial People's Congress, which is being held in Jinan, capital city of Shandong.

The gross product generated from the city's marine economy in 2019 is set to increase 10.7 percent compared to the previous year.

Focusing on six marine economic industries, Yantai is striving to become a top-class marine economic city in China that has a competitive marine economic strength, clean environment and quality marine management services, said Qin Song, a deputy to Shandong Provincial People's Congress and the director of the chief lab at the Yantai Institute of Coastal Zone Research of the Chinese Academy of Sciences.