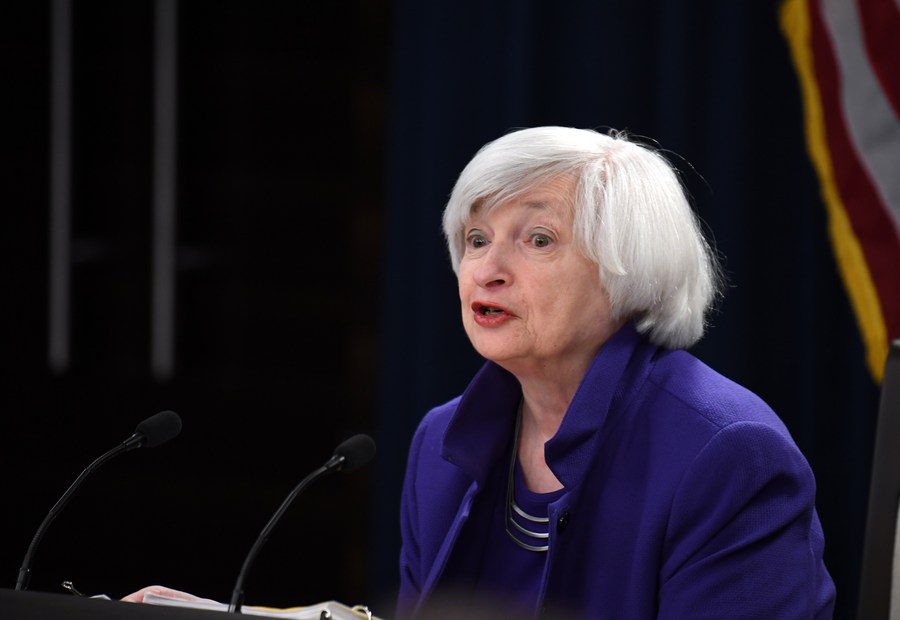 "We share your goal of making discriminatory digital service taxes a thing of the past. And we've made substantial progress here," Yellen told lawmakers at a hearing held by the Senate Finance Committee.

"We are pursuing absolutely every avenue toward a swift and comprehensive standstill and rollback of our DSTs. Our partners are well aware of the importance of this issue," Yellen said, adding the "discriminatory" nature of these taxes is "unacceptable" to the United States.

"By conveying this message multilaterally, rather than through threats and retaliation, we've also prevented a series of trade disputes that are harmful to U.S. businesses, workers, and consumers," she said.

Yellen also noted that the United States is retaining all options for discouraging the use of DSTs, as the U.S. trade representative (USTR) has started trade retaliation procedures via investigation in sanctions under the so-called Section 301.

"We're keeping that tool available to use if it were to become necessary to get prompt action to eliminate DSTs. While we very much hope to avoid trade conflicts, this tool remains a useful lever to bring countries to the bargaining table," she said.

Yellen's remarks came after the USTR's Office announced earlier this month that it will suspend retaliatory tariffs on certain goods from Austria, Britain, India, Italy, Spain and Turkey for six months to provide additional time to complete the ongoing multilateral negotiations on international taxation, following the one-year Section 301 investigations of DSTs adopted by the six countries.

"We're committed to resolving this issue, both on its merit and because it risks standing in the way of a once in a generation opportunity to create a new international tax system to end this serious and very long-standing problems of profit shifting and corporate tax competition," Yellen said.