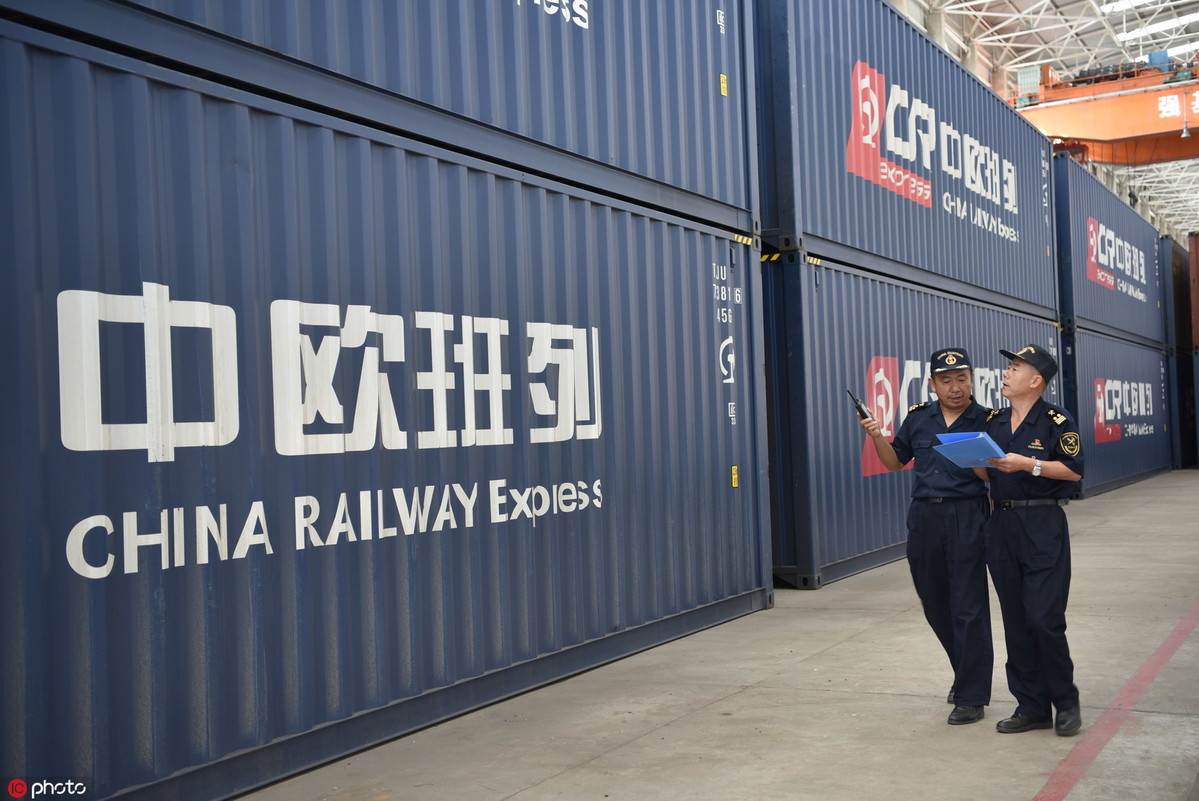 A train bound for Liege, Belgium on Wednesday made its first journey from China's small commodities hub Yiwu, expanding the China-Europe corridor for small and medium-sized exporters.

The dedicated trains, named after Alibaba Group's logistics arm Cainiao, are scheduled to run twice per week via this route, transporting goods including cosmetics and home appliances to European consumers.

By way of Kazakhstan, Russia, Belarus, Poland and Germany, the train will embark on a 15-day trip before it brings the first batch of 200,000 parcels to Belgium.

This journey will take 48 hours less than current routes.

The route materialized under the auspices of the electronic World Trade Platform (eWTP), an initiative proposed by Alibaba in 2016 to facilitate cross-border trade among SMEs with the aid of payments and logistical technologies.

In June, East China's Yiwu, famed as the world's top wholesale market, signed a strategic partnership with Alibaba on eWTP, aiming to make its exports more accessible to overseas buyers.

Liege was chosen last year as a destination for Alibaba to construct a European smart logistics hub.

"Effectively facilitating SMEs online and offline, the eWTP Cainiao train connecting Liege and Yiwu has achieved breakthroughs in cross-border merchandise trading via railway routes, and is bound to be an important pillar of eWTP's global service network," said Eric Jing, chairman and CEO of Ant Financial, Alibaba's financial arm, during an event Wednesday.

The Yiwu-Liege route is the first China-Europe rail route serving cross-border e-commerce purposes in the Yangtze River Delta Region, which includes Shanghai and its neighboring Zhejiang, Jiangsu and Anhui provinces.

Yiwu has over 310,000 vendors with an online presence, according to Alibaba's data. Roughly 40 percent of cross-border parcels handled by Cainiao come from Yiwu and its surrounding areas.