Some 68.4 percent of China’s growing number of live streaming hosts were born after 1990, according to a survey by mobile chat app company Momo. 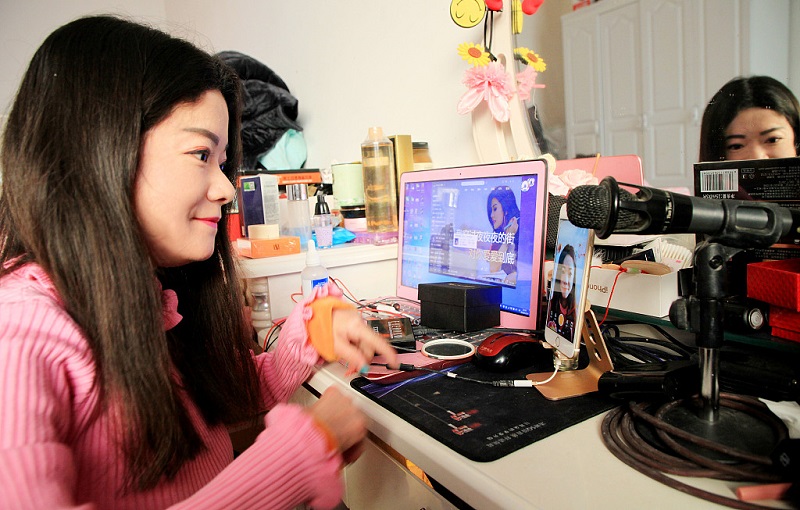 The survey of more than 10,000 netizens and 5,000 presenters on various live streaming platforms also found that 78.8 percent of hosts are women.

The top five regions with the largest number of presenters who made careers as online hosts are Heilongjiang, Jilin, Liaoning, Beijing and Shanxi.

About 21 percent of hosts earn more than 10,000 yuan ($1,460) a month, compared to the average monthly salary in Beijing of 8,467 yuan in 2017. The more economically advanced and the larger a city’s younger population, the higher the income for the new occupation.

Data from China Internet Network Information Centre shows that China had 425 million users of live streaming services by June 2018, with 66.2 percent viewing online broadcasting for more than 30 minutes each time.

Among presenters, 44.5 percent have a university degree or above. The higher the education, the higher the income.

The survey found 17.3 percent of professional presenters broadcast more than 8 hours a day, and 93.9 percent also work on official holidays. Some 60.1 percent of career presenters hosted their programs from 7 pm to midnight.