BUSINESS Yuan eases to more than 5-mth low against dollar

Yuan eases to more than 5-mth low against dollar

China's yuan weakened to a more than five-month low against the dollar on Thursday, as corporate greenback demand picked up and higher US bond yields pushed the US currency higher against most of its peers. 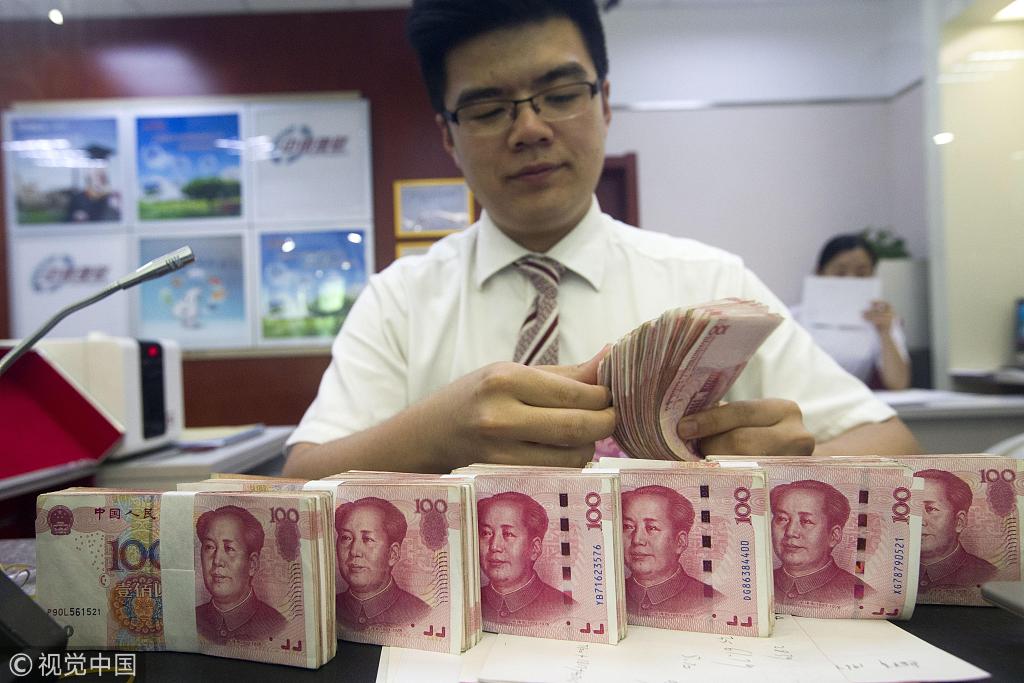 The dollar hovered near an 11-month high against a basket of currencies on Thursday, with the global dollar index rising to  95.299 overnight, its highest point since mid-July 2017.

US Treasury yields were propped up as panic over a China-US trade war eased while remarks from Federal Reserve Chairman Jerome Powell suggested a gradual pace of rate increases.

During afternoon trading, the onshore spot rate was changing hands at 6.50, 0.51 percent weaker than the previous late session close.

"The dollar index stood firmly above the 95 level, and that has piled downward pressure on the yuan," said a trader at a Chinese bank.

Traders also noted that some companies picked up their dollar buying for their seasonal needs given the greenback's continued rising trend.

June and July together traditionally make up the peak season for dollar demand as foreign companies repatriate profits and Chinese companies pay dividends to overseas investors.

Separately, China's money market was relatively calm with the People's Bank of China, the country's central bank, saying on Thursday that it expects liquidity in the banking system to increase further from current levels.

The State Council, China's cabinet, said on Wednesday that it will use targeted cuts in banks' reserve requirement ratios and other policy tools to boost credit support for small firms and keep economic growth steady.

The offshore yuan was trading 0.13 percent weaker than the onshore spot at 6.4998 per dollar.