A plan by Chinese and Russian officials to set up a payment system to boost the use of their own currencies in bilateral and international trade is imperative, Chinese experts said on Sunday, to counter what they called the US dollar's hegemony in the global payment system. 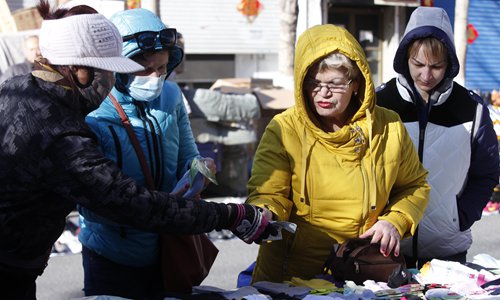 While a China-Russia payment system to boost the use of the yuan and ruble in cross-border transactions might initially have a limited impact, it could gain momentum if the US continues to abuse the dollar's dominant position in the existing payment system, experts noted.

US unilateral sanctions, which have created serious risks for other economies and US companies too, are pushing major economies, including China, Russia and the EU, to seek a separate system that could reduce such risks.

China and Russia agreed to boost the use of the yuan and the ruble in bilateral and global trade during a visit by Russian Prime Minister Dmitry Medvedev to China earlier this month. The two countries have already begun to draft a pact.

Medvedev said that China and Russian should have set up such a payment system "10 years ago" and that US sanctions pushed the two countries to pursue the plan, according to RT. Russia is facing tough sanctions from the US and its allies, while China is engaged in a bitter trade war with the US.

"This is indeed a very necessary move because there is always a risk in relying entirely on the dollar," said Chen Fengying, a research fellow at the China Institutes of Contemporary International Relations. "Given the dollar's hegemony, the US could inflict harm on any country it wants at any time, even US companies."

However, the new payment system might be initially limited to China-Russia bilateral transactions and will have minimal impact on the current system dominated by the US dollar, analysts said.

"To put it simply, neither the yuan nor the ruble have achieved a level of internationalization that gives them the kind of power the dollar currently wields," Dong Dengxin, director of the Finance and Securities Institute at Wuhan University of Science and Technology, told the Global Times.

Ma Bin, an assistant researcher at the Center for Russia and Central Asia Studies, Fudan University, also pointed out that the roles China and Russia play in the global trade-payments system will affect "the outcome" of any attempt to replace the US dollar.

Given the relatively small roles China and Russia play in the current system, "it's more realistic to reduce the proportion of [the use of the dollar], if the intention is to reduce reliance on the dollar," Ma told the Global Times.

However, Dong pointed out, the initiative might gain speed because the US' abuse of the dollar's hegemony has pushed many economies to actively pursue a separate payment system.

"If more economies seek to establish a separate system, even if they don't work together, it will certainly help to reduce the dominant role of the dollar in the global financial system," Dong said, adding that the global payment system is likely to become "multipolar and regionally focused" to replace the single system based on the dollar.

In light of the US' recent sanctions on Iran, the EU has also moved to set up a payment system to keep doing business with Iran, while avoiding such sanctions, media reports said.