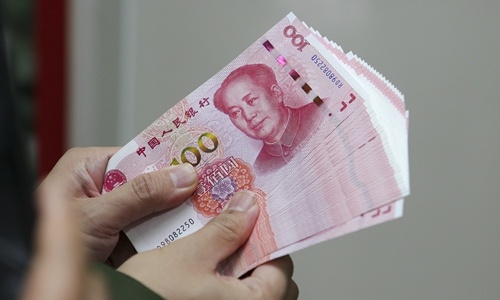 The Chinese yuan soared to an almost 18-month high on Monday against the US dollar, demonstrating an accelerating trend of currency appreciation as China's economy rebounds after the coronavirus.

On Monday, the currency's reference rate against the greenback rose by 670 basis points to 6.7126 - the highest level since April 23, 2019 - according to data released by the People's Bank of China (PBC), China's central bank. At the beginning of the year, the yuan stood at 6.9681 against the dollar.

By 9.53 am, the offshore yuan stood at 6.7195 against the US dollar, compared to about 7 three months ago. The appreciation of the onshore yuan was also evident, as it surged by about 230 basis points in the final week of September.

Tu Xinquan, dean of the China Institute for WTO Studies at the University of International Business and Economics in Beijing, said that the yuan's appreciation speed has been a little too fast and out of the stable range.

The yuan's surge came after a better-than-expected economic rebound in China, with sectors like manufacturing and retail bouncing back into positive growth. In the US however, the government's propensity to cling to quantitative easing policies has pressed down the greenback, experts said.

"I think it should be a double-edged sword. On the one hand it might be a chance for China to enhance the yuan's internationalization. But on the other hand, it's a general hit to exporting companies in the country," Tu told the Global Times.

Zhou Yu, director of the Research Center of International Finance at the Shanghai Academy of Social Sciences, explained to the Global Times that the pressure from currency appreciation would become more obviousfor exporting firms when the yuan breaks beyond 6.5 against the dollar.

Tu added that the influence of the exchange rate shouldn't be as harsh and direct as policies like the tariff hikes, as some companies would use financial tools such as foreign exchange swaps to offset exchange rate risks.