The yuan is expected to remain at 6.8-7.2 per US dollar during the second quarter this year as economic activity picks up, despite the pressure of the coronavirus pandemic on China's exports, analysts told the Global Times on Monday. 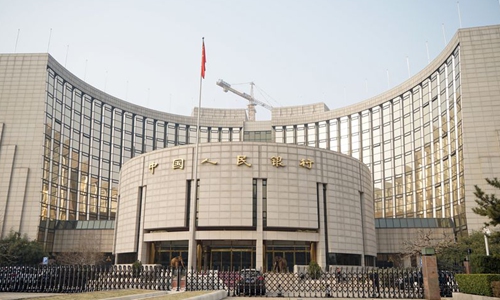 Lian Ping, head of Zhixin Investment Research Institute, said that for the second quarter of this year, chances are good for the yuan to remain in the range of 6.8-7.2 against the dollar, on condition of there being no more "black swan market events in the mid-term."

As coronavirus-caused panic starts to hit the global market, many currencies are facing pressure of depreciation against the US dollar, but the yuan has remained one of the most stable with "a balanced level of depreciation".

Lian noted that as economic activity starts to resume, the yuan will be further supported by China's recovering housing market and major infrastructure projects.

"In the second quarter, the major pressure won't come from halted domestic activity but from the export sector, which is facing shrinking international orders as the coronavirus ravages major trade partners like the US and the EU," Lian said.

However, although China might face a narrowing surplus in trade in goods, Lian said it can be partially offset by the deficit in services trade, which is expected to be narrowed by diminishing travel and study overseas.

"As a result, a slight surplus in total trade can be expected, which will still support a stable yuan rate," Lian said.

China is also aiming for a stable rate from a policy perspective. On Monday, China's central bank cut the reverse repurchase agreements rate to 2.2 percent from 2.4 percent to spur economic growth

According to Ma Jun, an advisor to the central bank, the cut on reverse repo rate shows that the decision-makers are making policy adjustments to push for a quicker resumption of enterprises production after the virus is being brought under control now.