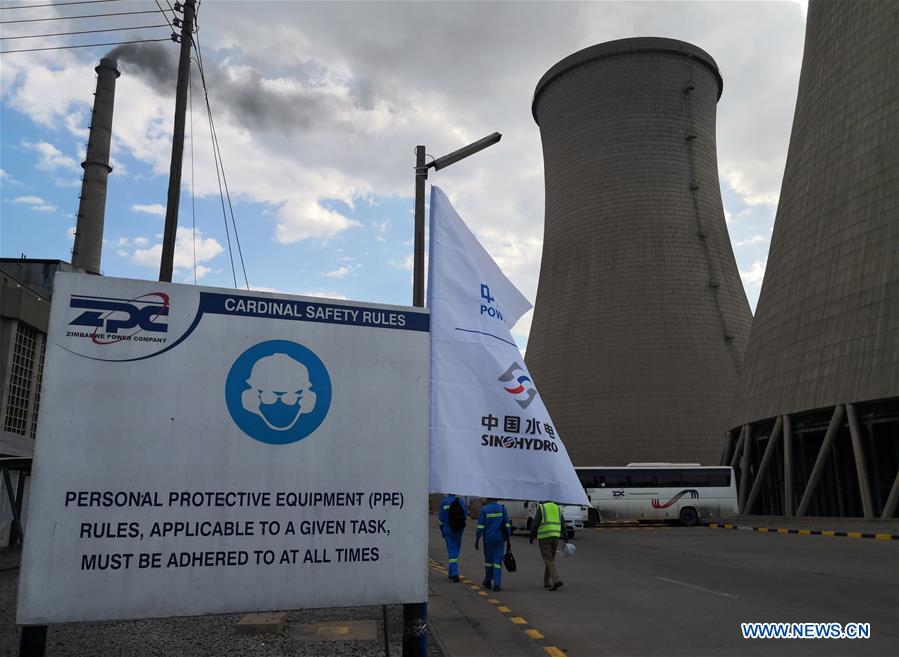 The company, to be based in Hwange in the western part of the country, joins a long list of independent power producers (IPPs) that the energy regulator has licensed over the years.

The ZZEE license, issued on November 22 this year, allows the firm to operate for 25 years.

The expansion project, which started in June 2018, is scheduled for completion by mid-2022.

The same company completed the expansion of another major power plant, Kariba South Hydro Power Station by 300 MW in March 2018 at a total cost of 533 million U.S. dollars.

ZERA said the license allows ZZEE to produce and sell electricity to any customer with its permission.

"The generation is hereby granted to Zimbabwe Zhongxin Electrical Energy Private Limited to construct, own, operate and maintain the 50MW coal-fired thermal power station which would be located at Deka Bridge Farm in Hwange District in Matabeleland North Province for the purposes of generation and supply of electricity," ZERA said.

Zimbabwe has a deficit of over 1,000MW of electricity due to a combination of drought that has resulted in reduced power generation at Kariba Power Station and antiquated equipment at Hwange Power Station.

This has forced power utility ZESA Holdings to introduce intensive load-shedding schedules of up to 18 hours a day.

ZERA has in the past 5 years licensed over 50 small IPP projects with a capacity to produce around 1,300 MW but most of them remain non-operational due to funding challenges.