CHINA ​CPC officials: the Chinese government has given full support to ethnic minorities in China

​CPC officials: the Chinese government has given full support to ethnic minorities in China 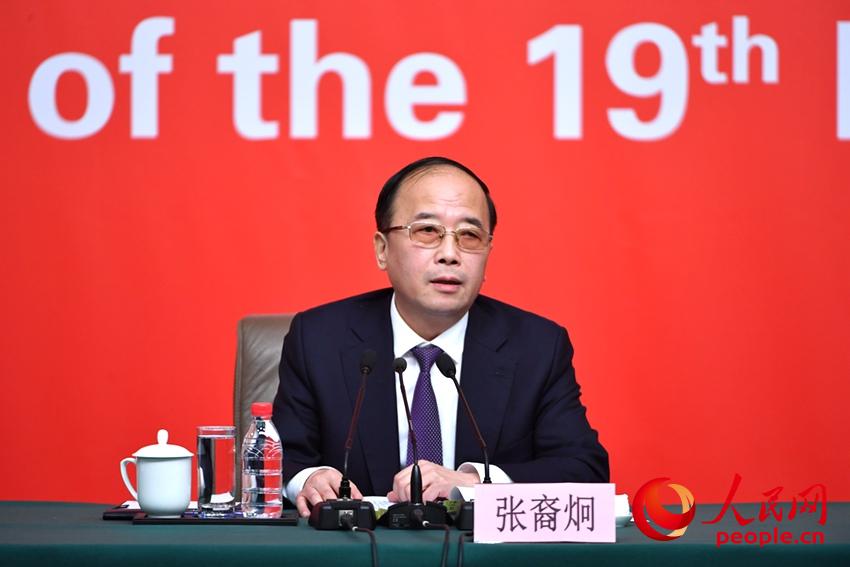 On Saturday, the press center of the 19th National Congress of the Communist Party of China (CPC) has held a press conference on the united front work and the external work of the CPC in Beijing, China. Executive Vice Minister Zhang Yijiong of the United Front Work Department of the CPC Central Committee expressed, when answering questions from press, that the CPC has attached high importance to maintaining national stability and creating a happy life for all nationalities in China, and the country's ethnic policies have won ethnic minorities' support.

Zhang said that the CPC upholds equality among all ethnic groups and ensure that all of them have equal access to the management of national affairs. Each ethnic group, regardless of its population, can equally join in the Party and governments at various levels and exercise their political rights.

Zhang said, the regional ethnic autonomy policy has ensured the equal legal status of all ethnic groups in their regions, and protect the cultural tradition and historical inheritance of these groups.

The central government has spared no effort to support ethnic minorities in various aspects including infrastructure, education, employment, health care, Zhang added. The government has also arranged provinces and regions in our country to provide coordinated assistance to autonomous regions and provinces with various ethnic groups.

He said that the culture, history, character, language, and tradition of all ethnic minorities in China are protected and respected by China's laws, and our government thinks highly of ethnic minorities' cultural protection, exploration and development.