A view of the forest planted by Zhang Lianyin in Zuoyun county of Datong, North China's Shanxi province, on Sept 29, 2021. (Photos: Xinhua)

Over the past 18 years, Zhang Lianyin, hailed as an "afforestation general", has led his fellow villagers to plant more than 2 million trees, turning the once-barren area into lush green land, reported Xinhua News Agency.

Zhang, 76, is a former deputy commander of the provincial military command of North China's Hebei province.

After completing his military service in 2003, Zhang returned to his hometown in Zuoyun county of Shanxi province and began planting trees. The decision surprised many, as they did not understand why a senior military officer like Zhang would choose to plant trees.

"Planting trees can help prevent winds and fixate sands, and improve the natural improvement of my hometown," Zhang said. "I want to use my limited energy and time to do something for the people of my hometown."

"I grew up thanks to the kindness of fellow villagers, which I will never forget," he said. 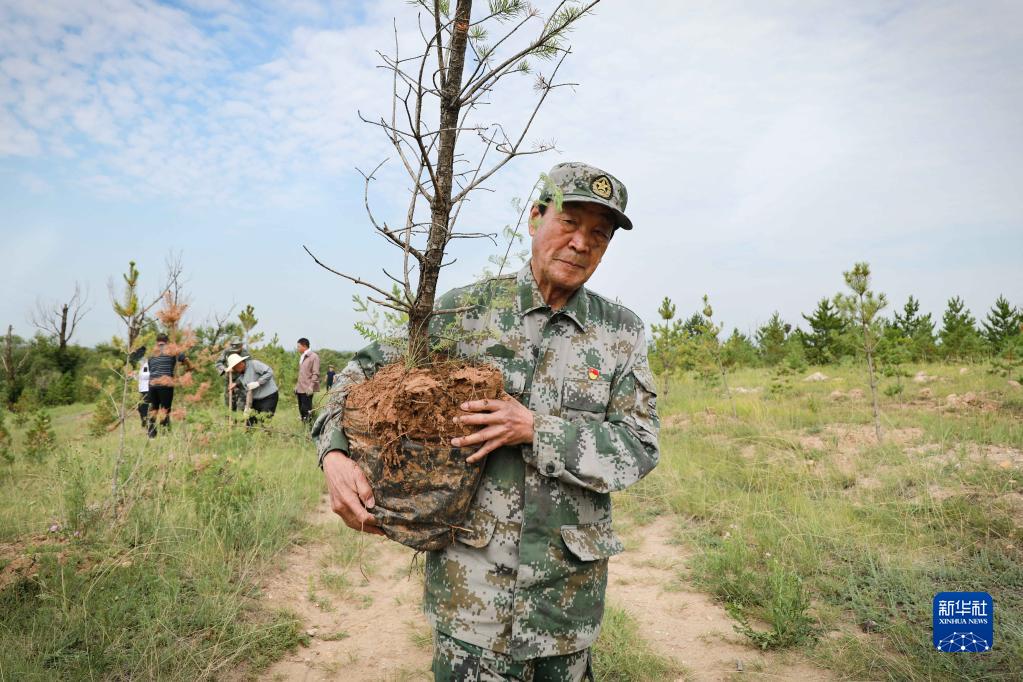 Zhang Lianyin carries a seedling to be planted in Zhangjiachang township of Zuoyun county in Shanxi province on July 16, 2021.

Zhang joined the army at 19. During his 40 years of service, he excelled in every post he took, and was promoted from an ordinary soldier to a major general step by step.

When Zhang retired in 2003, he told his wife: "I am retired now, and no longer have an official title. But I am still a Party member, a lifelong title for me. And it is my lifelong duty to serve the people wholeheartedly."

Zhang's hometown of Zhangjiachang village is located at the edge of the Mu Us Desert, one of China's four largest deserts. Over half of the village was barren land.

Despite improved livelihoods for villagers over the years, the bare and barren landscape did not change much.

When Zhang started his greening plan, he met unexpected difficulties.

As the land was infertile, the survival rate of trees was extremely low. In the first year, the 10,000 saplings of pinus sylvestris he and the villagers planted all died. In the next year, another 6,000 newly planted trees died.