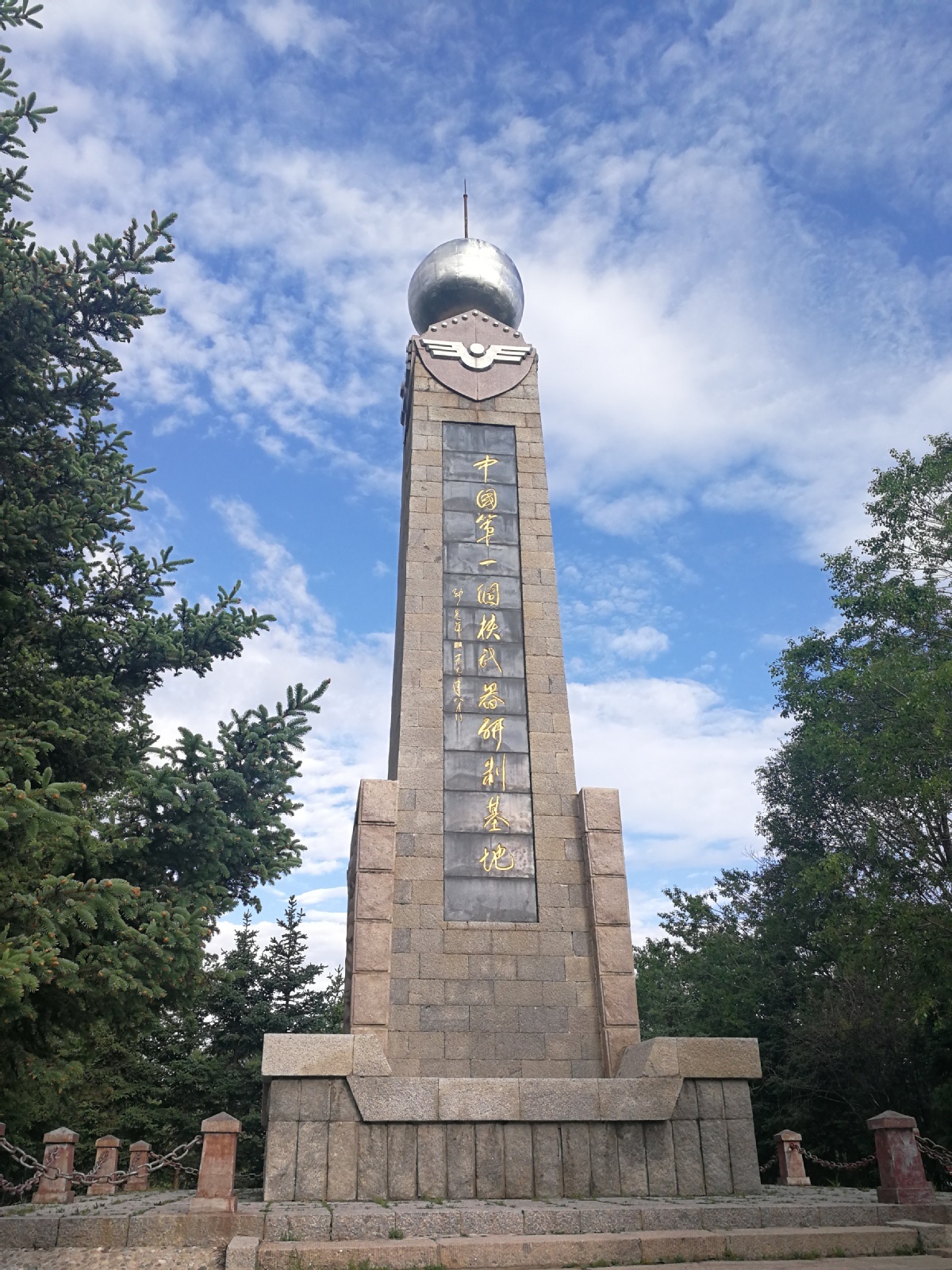 On a plateau grassland in the north of Qinghai province, several deserted brick buildings that were once top-secret offices and atomic research facilities have become must-see attractions.

In 1964, China's first atomic test bomb was researched and assembled in a place known simply as "Atomic City" in Haiyan county. "Atomic City" was later changed to Xihai town.

"The success meant that China had its own effective nuclear counterattack system, laying the foundations for peace and order in the country and later economic development," Wang Zhaoning, a researcher at the Two Bombs, One Star Spirit Research Institute with Qinghai Normal University in Xining, the provincial capital.

In the 1950s, the nuclear industry was a sensitive field of prime importance in the international political struggle, military confrontation, trade and technological competition, the provincial government said.

It added that in 1955, Chairman Mao Zedong led a meeting of the Central Committee of the Communist Party of China where it was decided to develop the nation's nuclear industry.

Two years later, Deng Xiaoping approved construction of an industry base at an altitude of more than 3,200 meters in Haiyan.

Ma Qingfang, a member of staff at the Atomic City Memorial Hall in Haiyan, told Economic Daily that the location was chosen because it was surrounded by mountains, had abundant water resources and a convenient transportation network.

Many people contributed to the development of China's nuclear industry.

About 6,000 people took their 150,000-plus sheep and cows and left the grassland where the base would be built. They moved to another town but declined compensation.

Meanwhile, scientists, technicians and construction workers left their homes in cities far away to work at the base for decades, Economic Daily reported.

However, in 1959, the government of the Soviet Union, which had been providing technical support, refused to continue to do so and later withdrew all of its technicians and advisers.

The central government then established a 15-member special committee headed by Premier Zhou Enlai to oversee the atomic project.

In 1962, the government introduced a "two-year plan" under which the country was scheduled to detonate its first nuclear test bomb in 1964.

As a result, researchers and staff members gathered in Qinghai from across the country and started nearly every process from scratch.

Liu Zhaomin, who arrived at the base in 1963 at the age of 25 and retired in 1993, said that despite the harsh conditions, the workers only thought of one thing: the development of the atomic bomb.

"At the beginning, we didn't have dormitories, so we lived in tents. We only had about 400 grams of grain to eat a day, which was not enough at all," he later told China News Service in an interview.

"But we all had the same goal, and no obstacles could stop us. We were motivated by the spirit of patriotism. Also, the job could not have be achieved without the support of the people of Qinghai."

According to the Qinghai government, after thousands of small experiments and eight large-scale tests, the device used for the first nuclear test was entirely processed, assembled and inspected at the base in August 1964. After, it was shipped to the Lop Nur experimental base in the Xinjiang Uygur autonomous region.

On Oct 16, 1964, China's first nuclear weapons test was conducted successfully. That night, the government released a statement saying that China had developed nuclear weapons to defend itself.

However, it pledged that the country would never use the weapons first under any circumstances. China completed its first hydrogen bomb test in 1967.

Two decades later, the State Council, China's Cabinet, and the Central Military Commission issued a notice to decommission the base.

In 1993, all the employees were assigned to new tasks across the country. Meanwhile, the nuclear facilities at the base were treated to render them harmless.

The provincial government transformed the site into a patriotic education base in 1996, and in 2001, the State Council listed it as a national key cultural relics protection unit.

At the base, one can still see the buildings where the project's key scientists lived.

In 2009, the central government invested 83 million yuan to build the Qinghai Atomic City Memorial Hall, where entry is free, the provincial government said.

So far, the hall has received 2.57 million visitors.

"Great ages need great spirits, especially in this era when the world is experiencing changes rarely seen in more than a century," Wang, the researcher, said.

"We should promote and hand down the stories and spirit of the base to produce momentum that will help us forge ahead."