As part of a hike, eight stunts dressed as characters from Avatar and walked on a tightrope strung between mountains over 1,000 meters high to compete in an international tightrope-walking contest held in Zhangjiajie, Central China's Hunan province on Sunday. 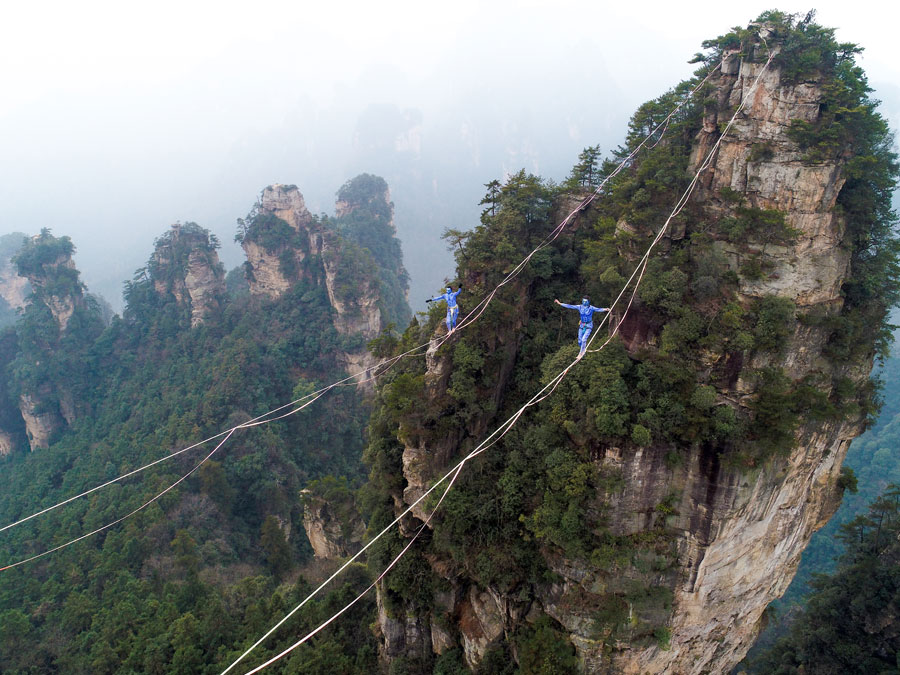 Two people dressed as characters from the film, Avatar, walk on tightropes in Zhangjiajie National Forest Park on Dec 23, 2018. [Photo provided to chinadaily.com.cn]

Nearly 5,000 outdoor sports enthusiasts from all over the country went hiking in Zhangjiajie National Forest Park in Huangshizhai that day as a way to welcome the New Year. 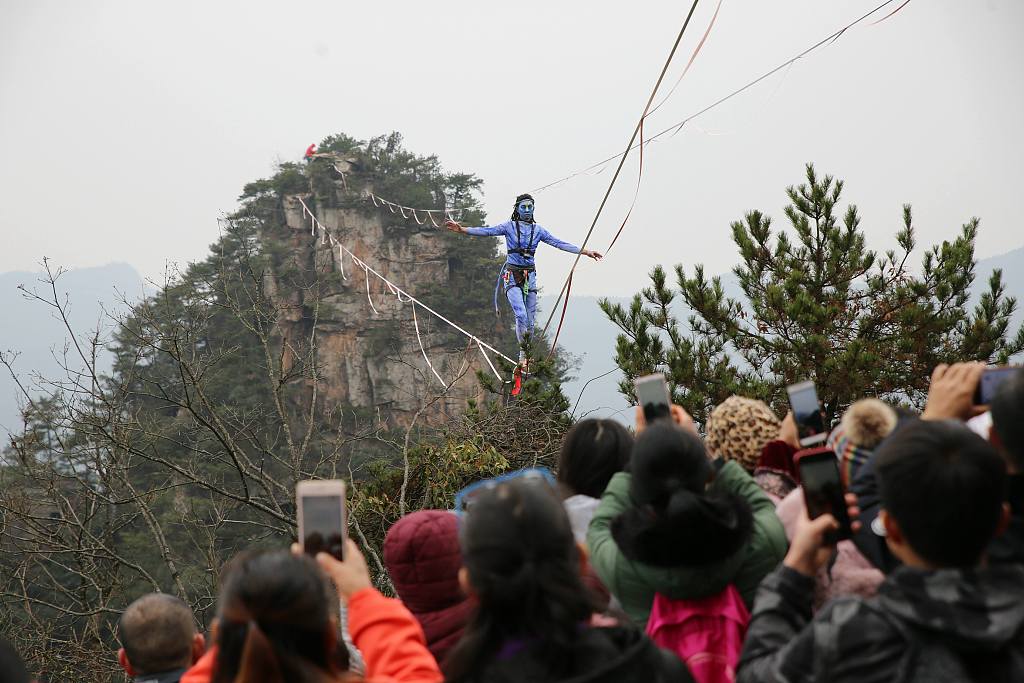 Walking on a tightrope is a kind of new sports activity that requires balancing ability. Those who do it need to complete a variety of technical movements. The rope is normally a 2.5 cm wide and 3 cm thick nylon strap.

According to Man Jiahua, one of the contestants, the sport of tightrope walking is known to few in China. The competition held in Hunan this time was a good opportunity for more people to learn about it.

Huangshizhai is famed for its stunning peaks and various plants, and was the inspiration for the Hallelujah Mountains in the movie, Avatar. 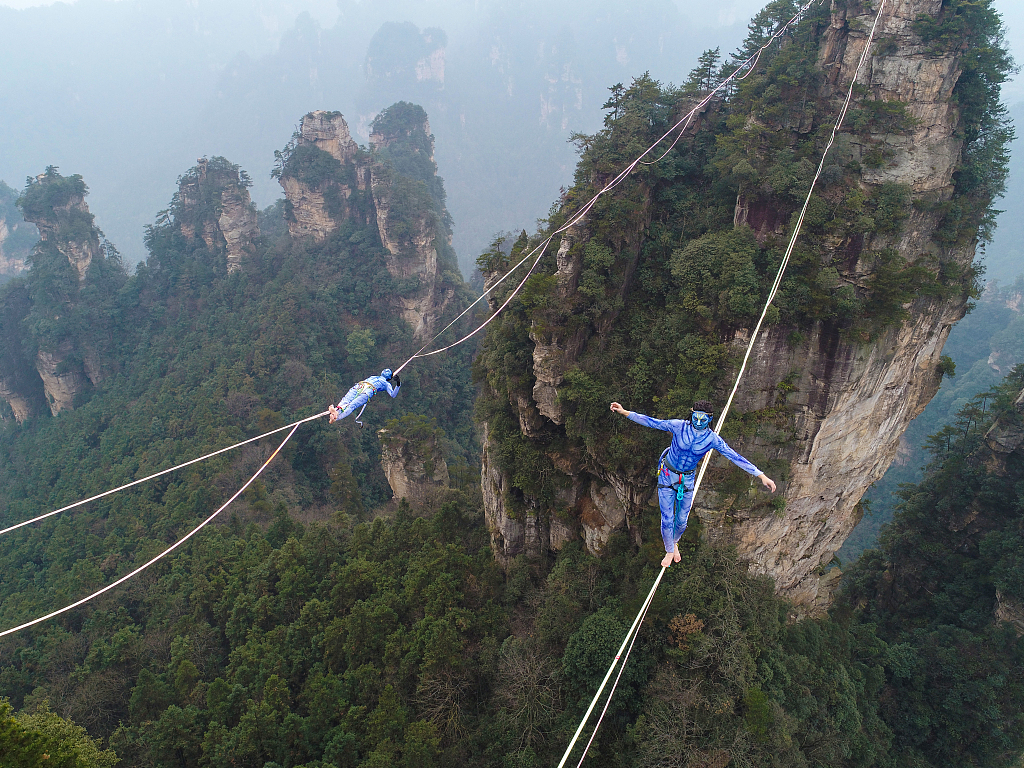