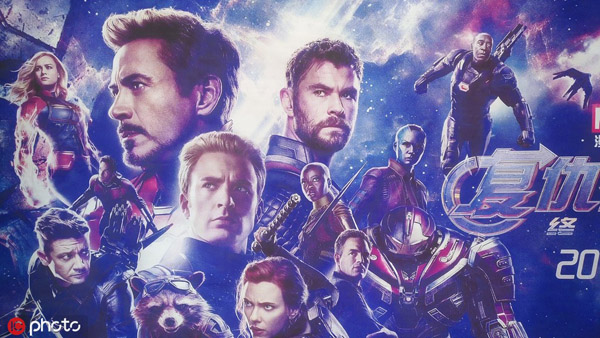 A poster of the "Avengers: Endgame". [Photo/IC]

The superhero movie grossed over 337.76 million yuan (about $50.18 million), according to China Movie Data Information Network.

Coming in third was domestic romantic drama Always Miss You, which earned around 22.82 million yuan on its second day of release.