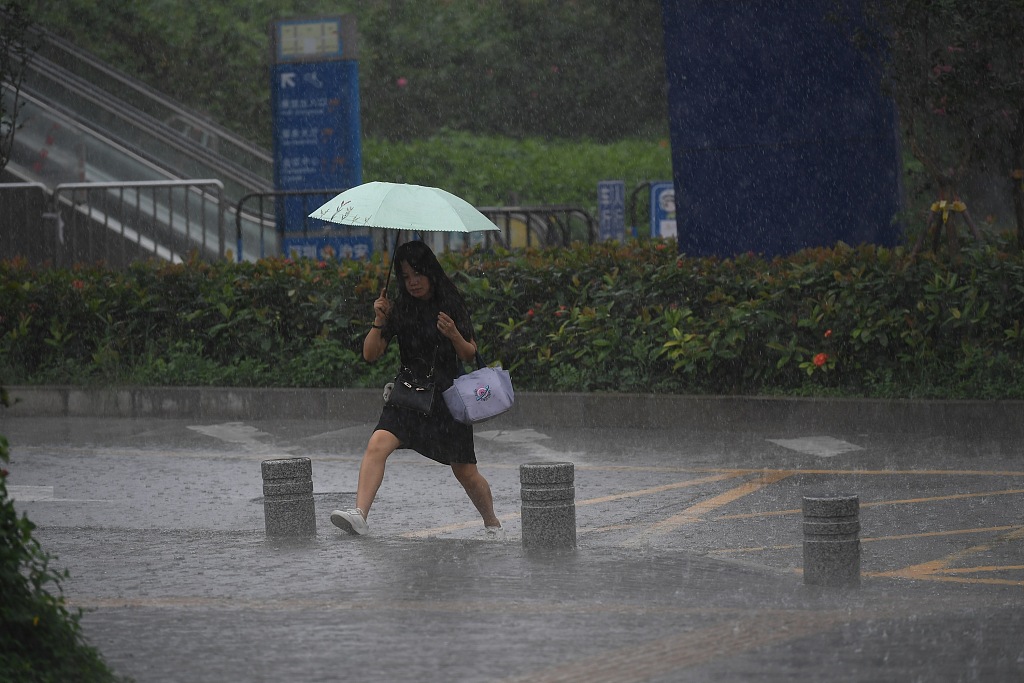 Heavy rain will continue to batter southern China until Saturday, after some areas recorded their heaviest downpours for the year, the National Meteorological Center said.

Western parts of Guangdong province and cities including Guilin, Chongzuo, Fangchenggang in the Guangxi Zhuang autonomous region and Anqing in Anhui province, had even heavier rainfall of between 400 and 689 mm.

He Lifu, chief forecaster of the center, said that rainfall from late May to mid-June is dubbed "dragon boat rain", referring to rainy season around the Dragon Boat Festival.

According to records released by the center, dragon boat rainfall from 1961 to 2012 in Guangdong province was 317.6 mm on average.

This year's rainfall could have a major impact on crop yields, the center said. "Continuous rain can also lead to mountain slides, geological disaster and floods," He added.

More than 354,000 residents in the Guangxi Zhuang autonomous region have been affected, with nearly 48,000 temporarily relocated, local authorities said on Wednesday.

In Tiandeng, one of the worst flood-stricken counties, over 2,700 hectares of crops and more than 600 houses were damaged, with more than 30,000 residents relocated.

The regional transport department said that between Sunday and Tuesday, operations at 11 sections of seven national highways were suspended due to collapses and flooding.

Five tunnel maintenance workers were trapped in a railway tunnel on Tuesday, with one of them confirmed dead and another missing.

More than 23,000 hectares of crops were reported damaged and 87 houses collapsed as of Wednesday in Guangxi, with direct economic losses of over 1.14 billion yuan ($165 million).