A boy who vowed 11 years ago to become a paratrooper after experiencing a deadly earthquake in Sichuan province not only accomplished his dream but made an appearance in the military parade on Oct 1. 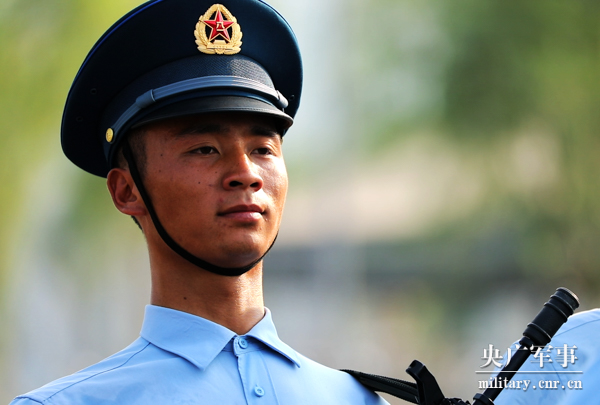 Marching in the PLA Air Force formation on National Day in Tian'anmen Square, 23-year-old Cheng Qiang was no stranger to audiences.

In 2008, after a catastrophic earthquake hit Wenchuan, Sichuan province, the airborne force that came to the rescue made a great impression on Cheng.

When the airborne troops finished the disaster relief mission and left the area, Cheng stood in the crowds holding a sign reading "I will become a paratrooper when I grow up".

The scene was captured by media and was later widely circulated online, leading Cheng to be known to Chinese people as "Earthquake Boy". 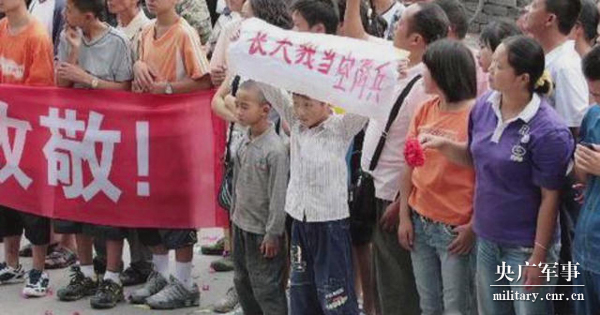 Cheng stood in the crowds holding a sign reading "I will become a paratrooper when I grow up" in 2008, after a catastrophic earthquake hit Wenchuan, Sichuan province. (Photo: military.cnr.cn)

Cheng still remembers when the airborne troops came to his hometown and he told China Central Television that he kept in his mind the word "airborne", which was written on the rescuers' helmets.

"They fought against time to save lives, helped us pitch tents and rebuild homes. We took them as our saviors," he said.

"I was 12 in elementary school. The teacher told us we could write down what we would like to say to the PLA. So I wrote on the sign that I will become a paratrooper when I grow up," he added.

In 2013, Cheng signed up for military service in the airborne division and was enlisted in the unit named after Huang Jiguang, a hero who sacrificed himself by blocking enemy fire with his own chest during the War to Resist US Aggression and Aid Korea in 1952.

According to Xinhua News Agency, Cheng wrote in his diary that he felt very excited that he finally realized his dream and became comrades with the heroes who once saved himself.

After intense training and hard work, Cheng was named the Huang Jiguang squad leader in 2017 at the 65th anniversary of Huang's death.

Early this year, Cheng was chosen to join the air force formation for the military parade celebrating the 70th anniversary of the PRC's founding.

However, to march in line with other comrades in the parade, Cheng had one big challenge to overcome-being bowlegged. Cheng said in a video by China Central Television that not being able to close his knees when standing with his feet together was his biggest weakness in the parade.

Fearing to be eliminated from the formation, Cheng used backpack straps to tightly tie up his knees during the day and even when he slept.

"I felt very uncomfortable at the beginning. Every night my feet would go numb and it hurt so much that I couldn't fall asleep," he said, adding that the pain made him shed tears at the beginning.

Cheng said he kept his knees tied up for seven months, and he was able to close his knees perfectly before the parade kicked off in October.

He said the Huang Jiguang squad is always in pursuit of perfection and excellence.

"And military parade training is the same. I want to make my every movement perfect," he added.