'Father Mountain' recovers from mining past 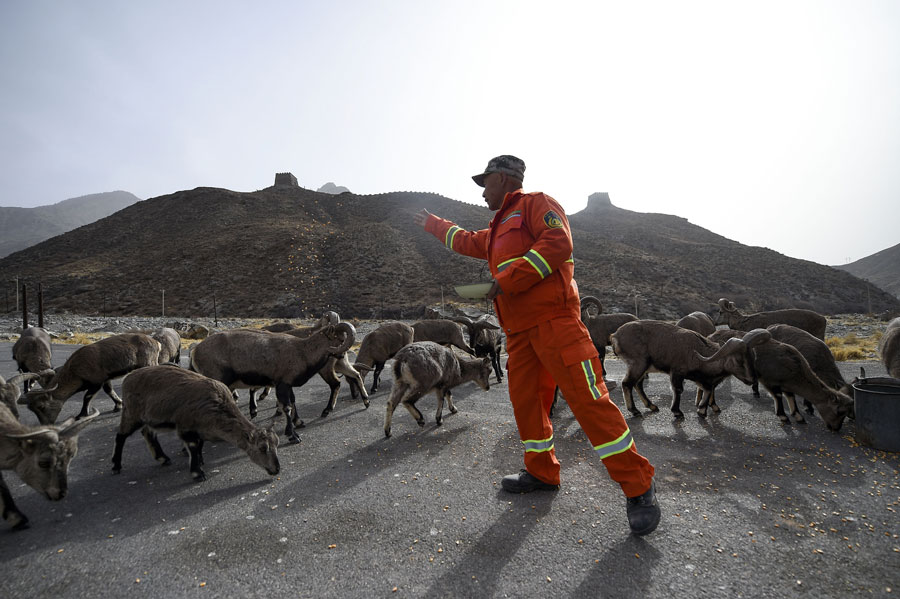 Towering more than 3,500 meters, Helan Mountain is revered as the "Father Mountain" by locals in the Ningxia Hui autonomous region. It serves as a natural barrier to the vast desert to its west and protects the fertile land in the region.

However, exploitation in recent years of the mountain's rich natural resources - including coal, iron and magnesium - has severely damaged the natural environment and ecology in the area, which prompted local governments to take measures to remedy and restore sites.

The battle started in early 2017, when the regional government inspected all sites touched by humans in the Helan Mountain National Nature Reserve, including cemeteries, mining sites, tourism facilities and abandoned mines.

A total of 169 sites, including 110 mines, were put on a list for environmental rehabilitation.

All of them were shut down and ecological restoration completed by the end of last year, according to the Ningxia Regional Department of Ecology and Environment.

The regional government also proposed last year to protect all of Helan Mountain, including areas outside the boundary of the national nature reserve.

In May, a plan was put in place to deal with 45 sites near the reserve that had been seriously affecting the environment and ecology of the mountain. By the end of July, 11 coal mines had been shut down and their permits revoked. The other mines were ordered to comply with environmental standards, the department said.

Ningxia will continue its efforts to remedy and restore the environment and ecology of Helan Mountain, with plans to eliminate major problems in three years in order to safeguard ecological security in Northwest China, the department said.

Zhang Li, deputy inspector at the regional department of ecology and environment, said despite the great efforts made so far, formidable environmental challenges remained in the Helan Mountain area.

"The area is very dry and short of rainfall, which makes it difficult for plants to survive," he said. "We are working to grow plants that suit the conditions in this area."

Ci Jiansong, a forestry official at Xixia district, Yinchuan city, which is at the foot of Helan Mountain, said many of the sites damaged by mining are being transformed.

One of the sites, which was deserted about 10 years ago after 20 years' mining, has been turned into a leisure park for locals after landscaping. The mine went 20 meters underground.

The park, about 33 hectares in size, is in a suburb of Yinchuan and will open to the public before the end of next year, Ci said.

"The park is much better than other parks in the city," a retiree surnamed Guo said. "It is bigger and we can erect tents here to rest."

Another 16 mine sites in the district will be restored for various purposes, including parks, tourism and tree plantations, Ci said.

Yuan Yuan, general manager of Chateau Yuanshi, a winery at the foot of Helan Mountain, said their stone chateau was built on the site of a deserted quarry and is open to tourists.

"In recent years, trees have been planted in this area and more tourists are visiting," she said. "We were born and grew up here. We love this place. We want it to become more beautiful."

Cao Dongxu, Party chief of Haoyuan village, Yinchuan, said most of the villagers used to rely on raising livestock for a living, but in recent years they have started to turn to businesses such as winemaking and running hotels.

Ci said the district had also stepped up afforestation efforts in recent years, including encouraging residents to grow trees in designated sites. "We are considering encouraging residents to adopt trees so they can take care of them so they grow well. They can also harvest the fruit from the trees," he said. "We hope all people can participate in afforestation as the benefit of a good environment is shared by all."