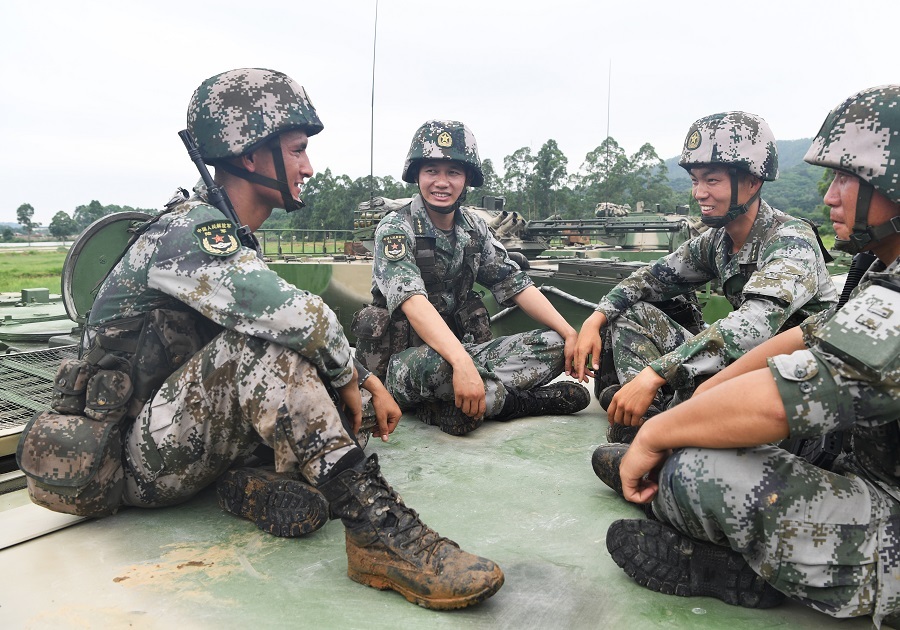 The Sixth Company of the 74th Army Group of the People's Liberation Army is known as the "hard-boned Sixth Company".

The nickname was bestowed on the company because its 80-plus year history has seen it produce many heroes who fought bravely and made the ultimate sacrifice.

Even in today's peaceful times, the officers and other ranks live by the spirit of the hardships endured by their predecessors and continue to forge a "hard-boned" company.

For example, in 2013, squad leader Yang Shulin fell from a 5-meter-high ladder during an exercise and smashed his right arm against a rock.

Instead of quitting, Yang switched his firearm to his left hand, gritted his teeth and completed the moves fluently before consulting a medic. He was diagnosed with a comminuted fracture, meaning the bone had broken into several fragments.

More recently, Zhao Song, the company commander, had a 3-centimeter-long steel pin implanted in his left wrist after a fall during a training session. He now regards the pin as a part of his body.

In 2018, the 31-year-old captain from Hebei province was demonstrating a rope-climbing move to his troops when he grabbed the rope with one hand and turned to face them. However, rainfall had made the rope very slippery. Zhao fell from a height of 4 meters and used his left hand to try to break his fall. The impact broke his wrist, which was subsequently encased in plaster.

When the plaster was removed, Zhao was told that his wrist would have to remain in tight bandages for three months. Unable to stand the restriction to his movement, he removed the bandages before the appointed date and immediately started training again.

A few months later, the brigade issued a notice asking for volunteers for physical fitness assessments. Zhao signed up without hesitation, despite many colleagues attempting to dissuade him. He then devised a rigorous personal training plan that involved running 45 kilometers a week and doing at least 100 pullups every day. 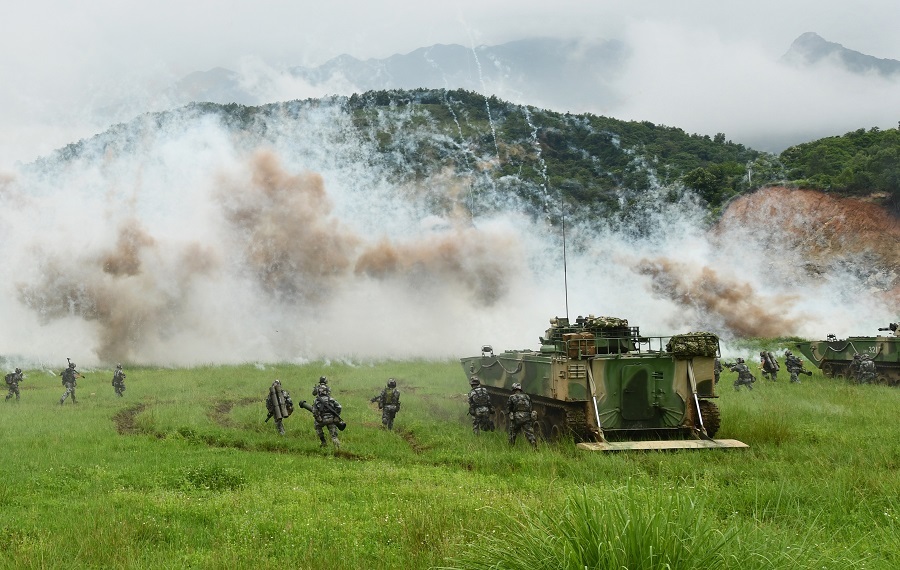 At first, he could only raise a 0.5 kilogram dumbbell with his injured arm, but after practicing for some time, he began to do pullups on a horizontal bar. Fearing that his arm would ache during exercise, he bound it in a resistance band and wrapped his left wrist in a tight bandage to prevent the steel pin from moving during long-distance runs.

In the end, he not only passed the assessment, but also became the first member of the brigade to be classified as achieving a very high level of fitness.

This harsh training routine has become a habit. Every morning, Zhao gets up an hour before his comrades so he can run 8 km and complete 200 pullups with a 15 kg weight tied around his waist.

Although the steel pin prevents him from bending his wrist as freely as he would wish, he has accepted the fact and calls himself "the running steel wrist" on his social media account.

"Actually, I feel my bones have become harder since the injury," he said.

When he joined the company in 2008, Zhao's fitness level was assessed as one of the poorest in the squad even though he stood 190 centimeters tall and weighed 70 kg.

However, after his squad leader related many stories of heroism and spoke about the company's honored history, Zhao began to better understand the spirit the company has revered throughout the years.

He was also impressed by his comrades' determination and perseverance. In response, he pushed himself to train harder and harder and become the best of the best.