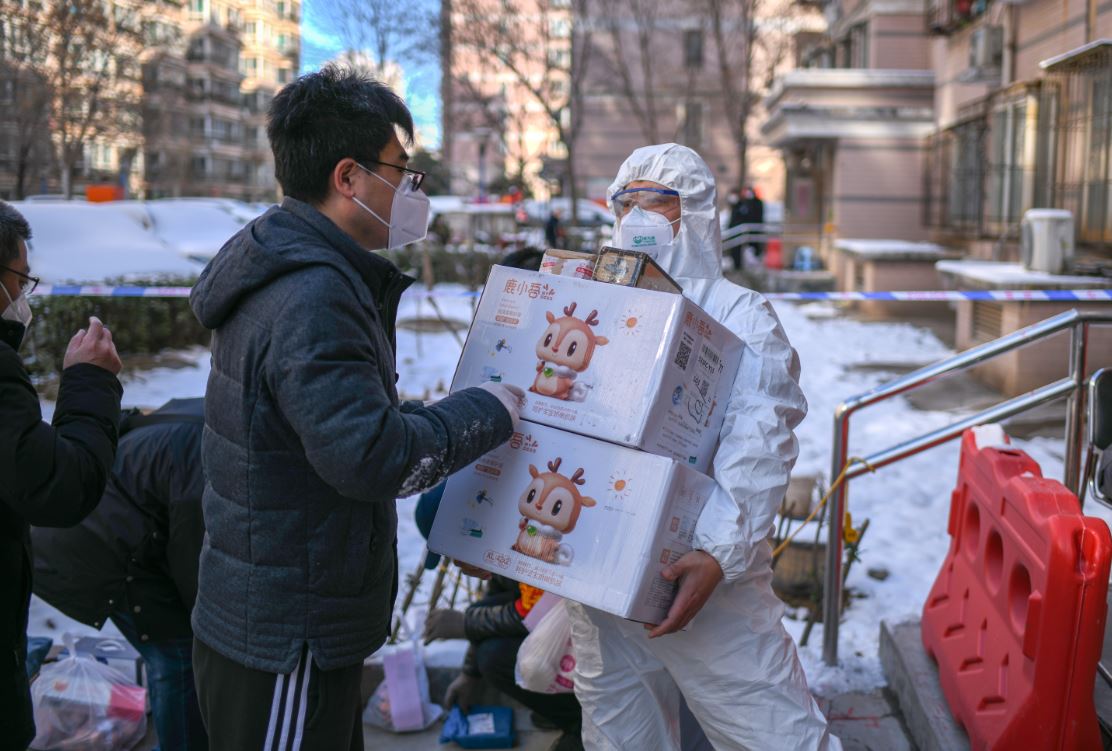 Shen Yiliang, a 25-year-old programmer at an internet company in Beijing, is no longer awakened by his parents every morning to run errands such as buying daily necessities.

Instead, as soon as they get up, his parents use their smartphones to search for fresh vegetables, quickly placing orders online.

Shen's 69-year-old grandmother, who long refused to use any electronic devices, now asks him to teach her how to download shortvideo apps. Not only has she become adept at using them, she is able to hold livestreaming square dancing sessions and chat with her audience.

Like Shen, millions of people have made drastic changes to their lifestyles amid the novel coronavirus pneumonia outbreak.

With more time spent at home, businesses, schools, governments, real estate agencies and even zoo managers are among those who have increased their online usage as a "homebound" economy mushrooms nationwide.

Liu Mingdi, head of China strategy at UBS Investment Research, said: "The outbreak has shifted people's consumption habits from offline to online in a range of sectors, including shopping, entertainment and education. Like the rapid rise of online shopping after the outbreak of severe acute respiratory syndrome in 2003, many online sectors will see new opportunities."

Tang Qing, a 29-year-old bank employee from Shanghai, now sets three clock alarms each day: for 6 am to buy fresh vegetables and meat online; 10 am to buy face masks; and 8 pm to buy disinfectant. However, with an increasing number of people buying goods online, some bestselling items often sell out just seconds after they appear on fresh food and e-commerce platforms.

"In addition to some necessities, instant food－be it noodles or frozen dumplings－is among my favorite buys," said Tang, who is not good at cooking.

"Many fresh food and e-commerce platforms are also offering produce that has already been cut and washed, so I can directly place this food in the microwave to heat," she said.