CHINA 'I gave special instructions' - Xi's views on the ecology

'I gave special instructions' - Xi's views on the ecology 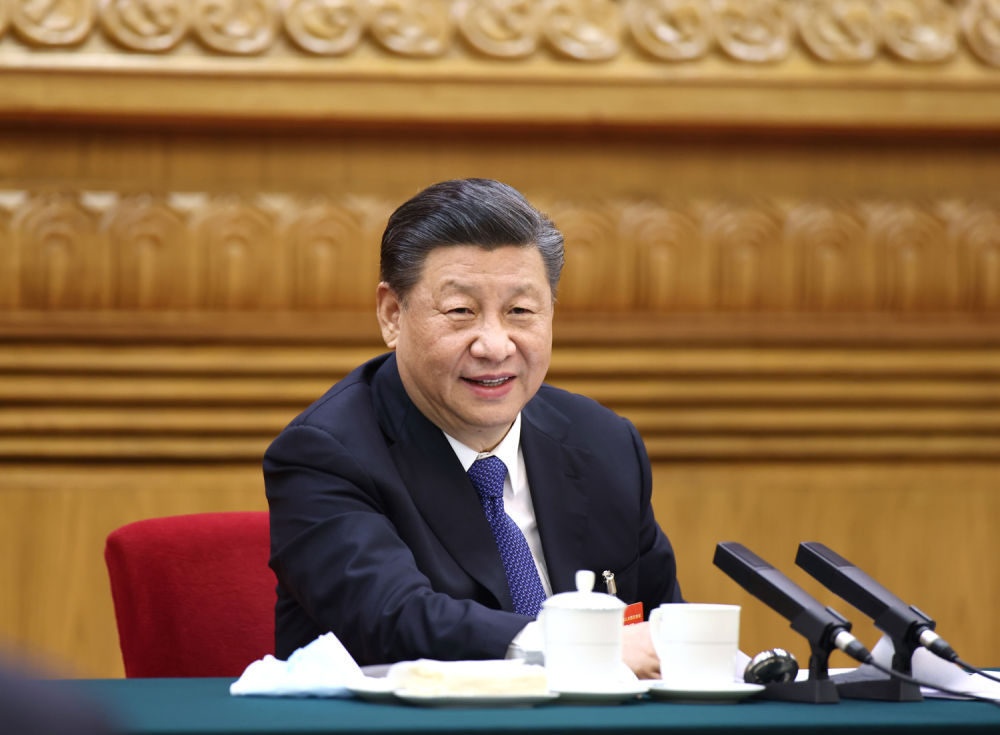 Chinese President Xi Jinping, also general secretary of the Communist Party of China Central Committee and chairman of the Central Military Commission, takes part in a deliberation with his fellow deputies from the delegation of Inner Mongolia Autonomous Region, at the fourth session of the 13th National People's Congress (NPC) in Beijing, capital of China, March 5, 2021. (Photo: Xinhua)

"Tengger Desert used to be seriously polluted, as nearby provinces poured sewage into the desert. To solve this problem, I gave special instructions on this issue, urging them to stop pollution and intensify treatment," President Xi Jinping said on Friday when taking part in a deliberation with his fellow deputies from the delegation of the Inner Mongolia Autonomous Region, at the fourth session of the 13th National People's Congress (NPC) in Beijing.

During every NPC session since 2018, Xi has stressed environmental protection when joining the deliberations of the Inner Mongolia delegation.

“By the side of the rill, at the foot of the hill, the grassland stretches under the firmament tranquil. The boundless grassland lies under the boundless skies.” This is an ancient Chinese poet depicting the beautiful scenery of the Chilechuan grasslands in Hohhot. However, there was a time when the scenery was gone, with the green grasslands turning to black and gray.

The ecology and environment should be included in the big picture of national strategy, and Inner Mongolia should be built up as an important shield for ecological security in northern China, Xi said.

Zhou comes from a forest in Inner Mongolia’s Greater Khingan Range, and worked as a lumberman for over 30 years. In recent years, his identity has changed. He no longer cuts down trees with an axe and a saw. Instead, he carries a spade and protects forests.

In his speech, he told a new story about forests to President Xi.

“Roe deer and brown bears often visit our forest stations. It is estimated that the total value of forest and wetland ecosystem services here in 2018 reached 615.974 billion yuan ($94.81 billion). It demonstrates that lucid waters and lush mountains are invaluable assets.”

After hearing Zhou’s speech, Xi smiled, saying the so-called "total value" is exactly the concept of the "green GDP."

The ecology itself has great value and can bring treasures, Xi said, including the value of forests, the Green Lungs Effect and the green economy.

Zhou agreed with Xi’s words. In his hometown, everything is rapidly changing. Rivers are more lucid, more water weeds appear, and people’s ideas have also changed a lot. Everyone has a vivid and deep impression of the catchword “the new development philosophy”.

Taking a broad view of China, Xi studies and judges the timing and situation, inducing a dialectical view of “risk” and “opportunity.” “We should fully exploit current favorable conditions and avoid unfavorable ones, cultivate strengths and enhance effects, and try our best to work well in structural adjustment, functional transformation and quality improvement. It’s a big goal for which we should make unremitting efforts.”

(Translated by He Jinying, edited by Huang Jingjing and Bao Han)