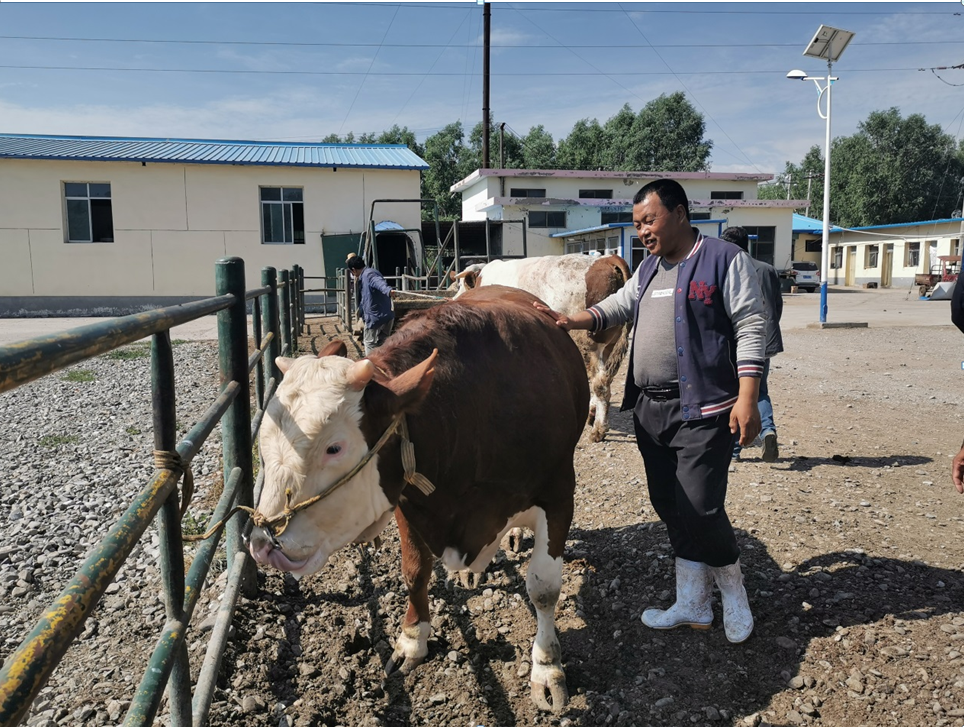 Ma Manai, a cattle dealer from Linxia Hui Autonomous Prefecture, northwest China’s Gansu province got up at 3:00 a.m. to go to the largest cattle and sheep market in the prefecture 20 kilometers away from where he lives.

On half of the days in the past 8 years, he got up from bed in the wee hours.“Business counts on credibility,” Ma said, explaining that he was going for a rush order of 16 cattle this time.

Ma lives in Maji village, Yanzhitownship, Kangle county, Linxia. With an average altitude of 2,000 meters, Kangle enjoys a favorable ecology and a long history of cattle rearing. However, many people there lived below the poverty line due to high population density.

Ma was born in the 1970s, and has followed his father to sell cattle on fairs since childhood. However, he barely got much profit from the business. He attributed the low return to his wrong selection of market, so he went to the neighboring Minxian county after marriage, where he met some business partners and headed for Qinghai province for purchasing yaks, which were more expensive. He thought the hundreds of yaks he purchased would make him some money when returning home, but they still found no buyers.

He finally figured out that the demand for cattle in Yanzhi township and Kangle county was limited, and the livestock would be unsalable once the supply went high.

“Back then I didn’t even have a place to place these yaks, so I had to borrow some money for feedstuffs," Ma told People’s Daily. During that time, he understood that his business failure was not because of the wrong selection of market, but the small size of the market and the radius of his sales.

To sell these yaks, Ma had planned to go to Lanzhou, capital of Gansu province, but was voted down by the high transportation cost and the long distance, as the beef might turn spoiled after long trips. Plus, employing a refrigerated truck would lower his profit to almost zero, so he gave up the plan and kept on selling the yaks on local fairs. As a result, he was always struggling on the poverty line.

In 2004, an expressway was built from Lanzhou to Lintao, a county 20 minutes’ drive away from Kangle. Eight years later, a cold chain cattle and sheep market was put into operation in Kangle. Covering 8.67 hectares, the market has a 2,000-square meter slaughtering workshop and a 1,500 square meter refrigeration house, as well as sewage treatment and cyclic utilization facilities.

The market offers convenient, quality and high-efficiency services for cattle and sheep dealers, said an employee of the market. 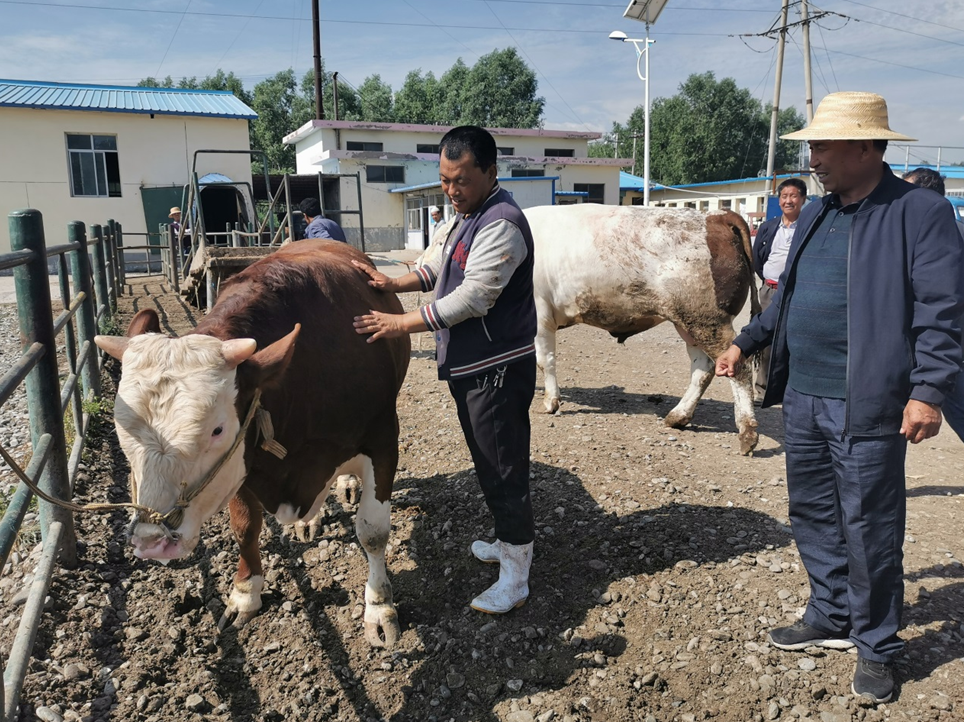 Ma’s was once again mobilized. “The market opens at 4:00 a.m. every day,” he said, and it takes only around an hour to get the beef to Lanzhou. Thanks to the market and convenient transportation, Ma’s cattle business finally thrived.

“Now I sell a dozen of cattle each day, which is more than the total I sold in the past 2 decades,” he said, adding that a total of nearly 2,700 cattle were sold last year.

“Beef industry is one of the five industries that we develop to enrich the people,” said an official from the government of Kanglecounty, who disclosed that a special poverty alleviation fund of 116 million yuan has been used this year to introduce 6,288 breeding cows and 13,820 ewes. “The next, we will take a dual-approach focusing on both reproduction and breeding, scale up the business while maintaining standard management, and build a brand to further expand our market,” he official said.

“I just happen to live in a great era,” Ma concluded, speaking of his cattle business.