CHINA ‘It is not that hard’: Trump can make the China deal happen

‘It is not that hard’: Trump can make the China deal happen 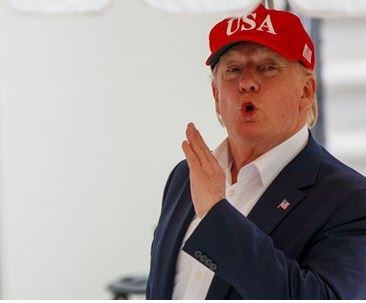 US President Donald Trump speaks to reporters upon arrival at the White House in Washington D.C. June 7, 2019. (Photo: Xinhua)

US President Donald Trump has repeatedly claimed that China wants a trade agreement more than the US, but Chinese experts argue that it is Trump who needs a deal more because he is in dire need of a foreign policy win ahead of a heated presidential election in 2020. More importantly, Trump can easily make it happen, experts noted.

However, that would require Trump to rise above the increasingly out-of-control anti-China sentiment in Washington and shift the focus back to addressing remaining issues for the deal, they noted.

"I think that it is not that hard," Li Yong, deputy chair of the expert committee of the China Association of International Trade, told the Global Times on Sunday. "The trade war started with [the US'] tariffs, how can there be no tariff removal in a deal?" he said.

Removing existing tariffs is a top priority for China for the phase one deal. Sources with direct knowledge to the trade talks told the Global Times on Saturday that the US must remove existing tariffs, not planned tariffs, as part of the deal.

US officials have been resisting such a demand, arguing that tariffs are their only "weapon" in the trade war and giving up the weapon means surrender, according to a different source close to the trade talks.

Still, there is a reasonable choice for Trump that could address both sides' concerns: rolling back some of the existing tariffs for the phase one deal and leaving some for later phases of talks, which can both save the optics of the deal in the US political climate and save the phase one deal.

"They could be flexible over how much tariff should be removed, as long as it's proportional," He Weiwen, a former senior Chinese trade official, told the Global Times. "In my view, it is very simple," he said.

Another sticking point in the trade negotiations is the US demand for so-called structural issues, an area where the two sides are oceans apart. But Trump can apparently manage competing voices among his administration and compartmentalize the issues rather than trying to address in one deal, experts said.

If Trump can call the shots on these issues, a trade deal could be reached soon, but if he does not make any compromise on this issue then we are basically back to square one, Li said, noting that it requires a bold decision by Trump as the talks hit a tough final stretch.

However, time is not on Trump's side to make that call because the longer the trade talks drag on, the more difficult it gets to reach an agreement given the rising anti-China voices in Washington, experts said.

Trump also faces a tough decision in the near term: whether or not to impose tariffs on Chinese products as planned for December 15. Imposing tariffs will almost certainly derail talks, experts said.