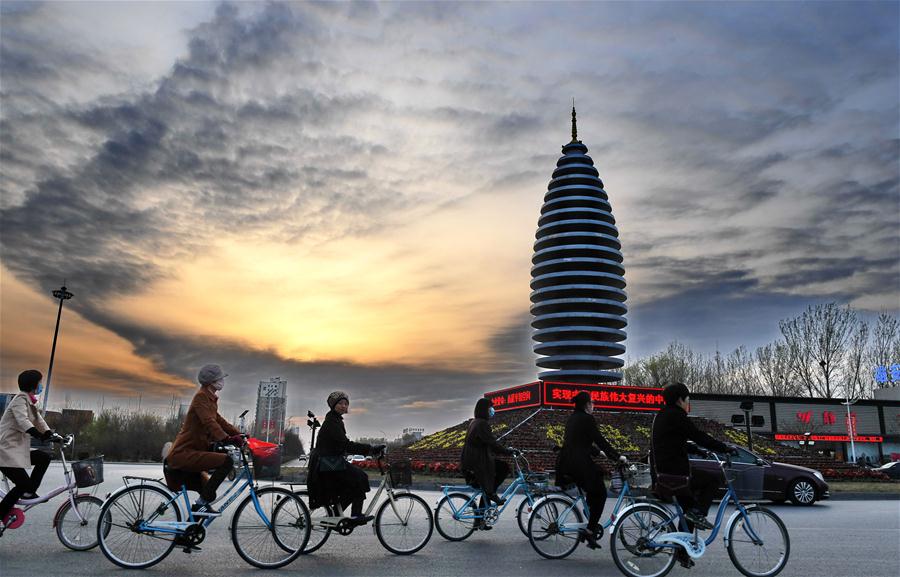 BEIJING, Feb. 25 (Xinhua) -- What will Beijing be like as China is developing rapidly to become a modernized country? And how will the capital city spearhead regional development and blaze a new trail of balanced, high-quality growth?

These questions, among others, were on the minds of China's decision-makers when the country initiated a key strategy in 2014 to coordinate the development of Beijing, its neighboring port city Tianjin, and Hebei Province -- a regional city cluster called "Jing-jin-ji."

"The core of integrated development of 'Jing-jin-ji' lies in the concepts of optimization, adjustment and streamlining, all for the sake of pursuing healthier development," said Li Xiaojiang, a member of the expert committee advising the coordinated development of the "Jing-jin-ji" region and former head of the China Academy of Urban Planning and Design.

Today, with a better economic structure, a cleaner environment and improved public services, the "Jing-jin-ji" region is exploring a new growth mode in densely-populated areas and becoming a model for urban-rural coordinated development for the rest of the country.

"With the same objective and coordinated measures, the three places have complemented each other's advantages in a mutually beneficial manner and made steady progress toward achieving a new mode of coordinated growth," said a senior official with the National Development and Reform Commission, the country's top economic planner. 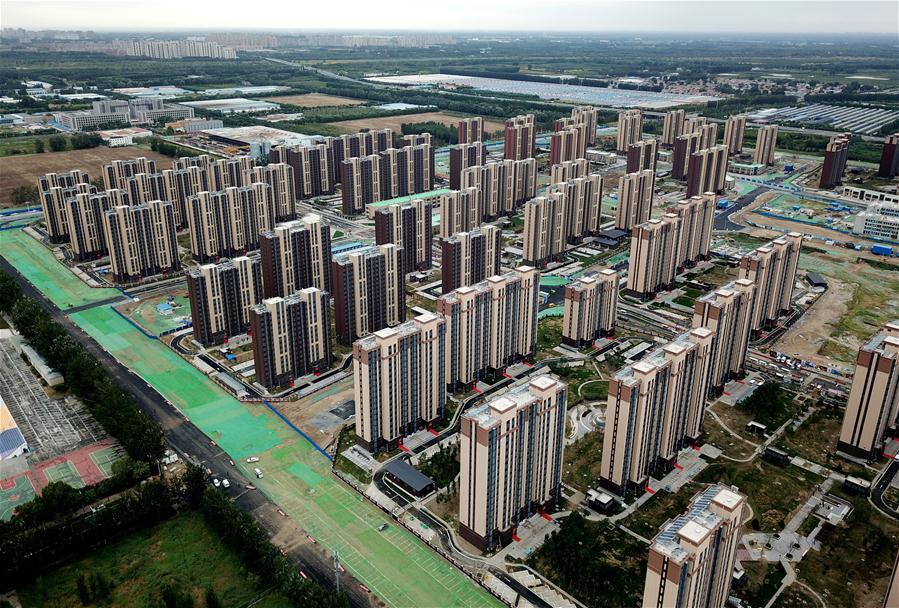 Aerial photo taken on September 15, 2018 shows new buildings for those who have moved out for the construction of Beijing Daxing International Airport in Beijing, capital of China. (Photo: Xinhua)

A prominent task of the "Jing-jin-ji" strategy is to move the non-capital functions out of Beijing to treat "urban ills" in the Chinese capital, such as traffic jams and pollution.

According to a guideline released in April 2015, the key functions of politics, culture, international communication and technical innovation will be prioritized, while other sectors will be moved out of Beijing.

Measures to clear space in Beijing include the closing of manufacturing businesses and the relocation of hospitals and schools. In 2018, a total of 656 manufacturing companies in the city were shut down, and more than 200 markets and logistics centers were relocated, according to Beijing Mayor Chen Jining.

In 2019, more than 300 manufacturing firms and 66 markets and logistics centers, usually high-polluting or low-end industries, will be phased out or moved to nearby regions.

Another major move was shifting administrative departments of the Beijing municipal government to Tongzhou District in the city's eastern suburbs.

In January this year, four key municipal organs of Beijing moved their offices from the downtown area to Tongzhou. The sub-center aims to accommodate 1.3 million permanent residents by 2035, according to a detailed plan for the sub-center's development approved by the central authorities.

Wang Kai, vice president of the Chinese Academy of Urban Planning and Design, hailed the development of the sub-center as an important step for regional development, stating that many metropolises around the world have planned and built sub-centers to realize sustainable development.

While Tongzhou has accommodated the administrative departments of the Beijing municipal government, Xiongan in Hebei Province will be the location for many of Beijing's non-capital functions and relocated population. 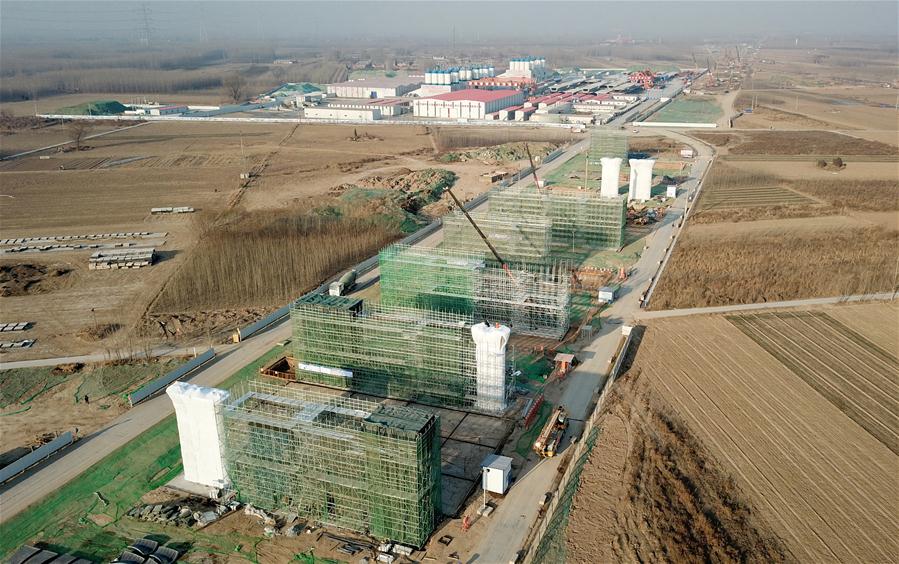 In April 2017, China announced the establishment of the Xiongan New Area, which, about 100 km southwest of Beijing, spans three counties in Hebei.

According to a master plan published in April 2018, Xiongan is another new area of "national significance" following the Shenzhen Special Economic Zone and Shanghai Pudong New Area. It will be a new home for Beijing's colleges, hospitals, business headquarters, and financial and public institutions.

Often billed as China's "city of the future," Xiongan has been designed to become a zone for innovation, a digital city synchronized with a brick-and-mortar one, and a livable and business-friendly area.

Chinese planners envisioned that by the middle of the century, Xiongan would become a significant part of the world-class "Jing-jin-ji" city cluster, effectively performing Beijing's non-capital functions.

"Xiongan and Tongzhou are adding two new 'wings' to Beijing, and providing a Chinese solution to big city malaise," said Wu Hequan, deputy head of the expert committee advising the coordinated development of the "Jing-jin-ji" region and academician at the Chinese Academy of Engineering. 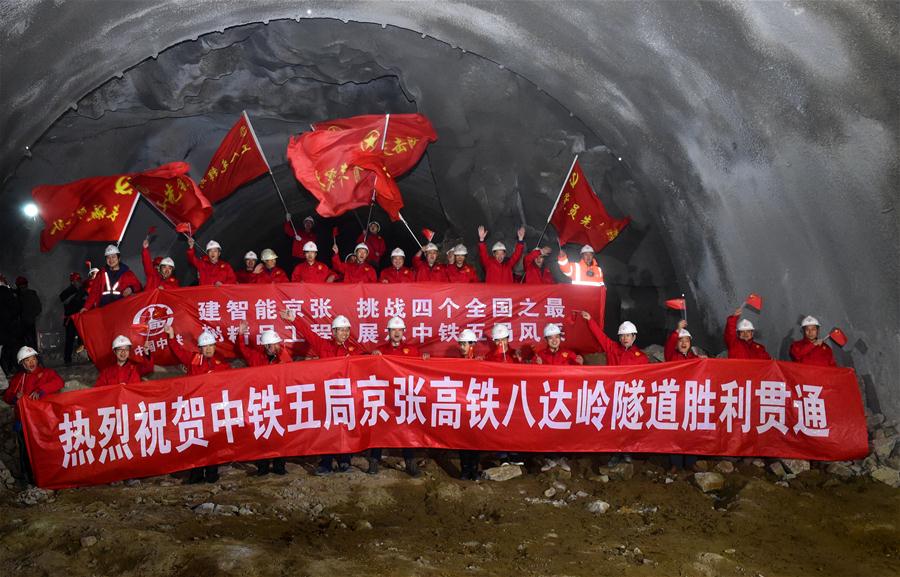 Workers celebrate as they cut through the Badaling tunnel of the Beijing-Zhangjiakou high-speed rail line in Beijing, capital of China, December 13, 2018. (Photo: Xinhua)

More than 800 roads and expressways have been upgraded in the three places. Several new rail projects were completed, such as the extension of the intercity railway between Beijing and Tianjin, the rail between Tianjin and Baoding in Hebei, and the one linking the cities of Zhangjiakou and Tangshan in Hebei.

By 2018, more than 40 inter-province bus lines, totaling 2,800 km in length, had been in operation between Beijing and 17 neighboring districts or cities in Hebei.

The high-speed railway line connecting Beijing and Zhangjiakou, Hebei, will be in operation this year, while the expressway between Beijing's Yanqing District and Zhangjiakou's Chongli, two major venues for the 2022 Winter Olympics, will also begin service, according to the government of Hebei.

Construction on a high-speed railway connecting Tianjin and Beijing's new airport in Daxing District will start in 2019, according to the municipal government of Tianjin.

More connectivity is also expected in the air. The Beijing Daxing International Airport, sitting at the junction of Beijing's Daxing District and Langfang in Hebei, has recently completed several flight checks. 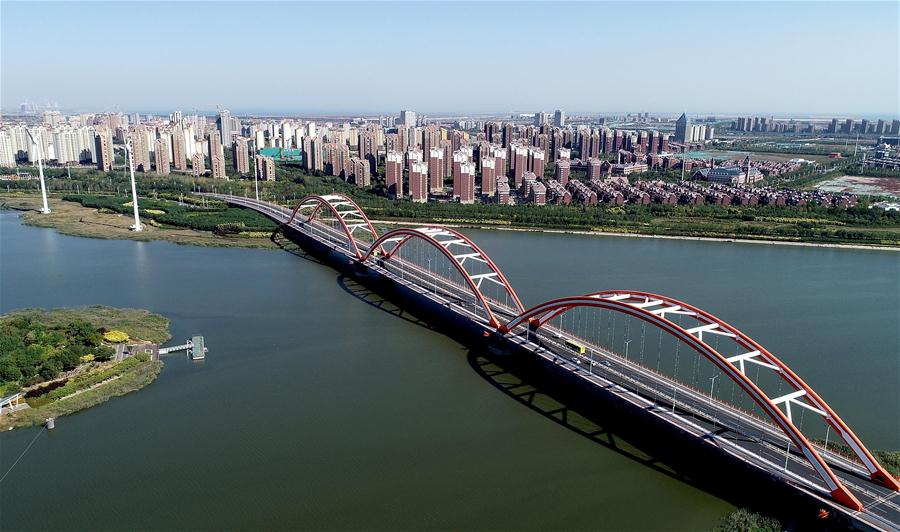 During the past five years, Beijing, Tianjin and Hebei have taken concerted efforts to tackle air and water pollution, achieving tangible results.

The share of days with good air quality in the region stood at 50.5 percent last year, a year-on-year increase of 1.2 percentage points, while the PM2.5 density of the region dropped by 11.8 percent year on year to 60 micrograms per cubic meter.

Major projects have also been launched to promote industrial transfer and upgrading in the region.

A new auto plant of Beijing Hyundai has been put into use in Cangzhou, Hebei. Han Guisheng, head of the Cangzhou factory, said the plant has created over 6,000 jobs and brought about 20 supporting companies to Cangzhou, creating an auto industry cluster in the city.

Wu Xiushan, deputy director of the development and reform commission of Tianjin Binhai New Area, said the new area has brought in 1,699 projects from Beijing, with a contracted investment of over 392.06 billion yuan (about 57 billion US dollars), since 2015.

During the past five years, Hebei has brought in 1.8 trillion yuan (about 264 billion US dollars) of capital from Beijing and Tianjin, accounting for more than a half of the total capital from outside the province.

Tianjin has received over 640 billion yuan ($94 billion dollars) of investment from enterprises in Beijing, accounting for 40 percent of the total domestic investment the city received. 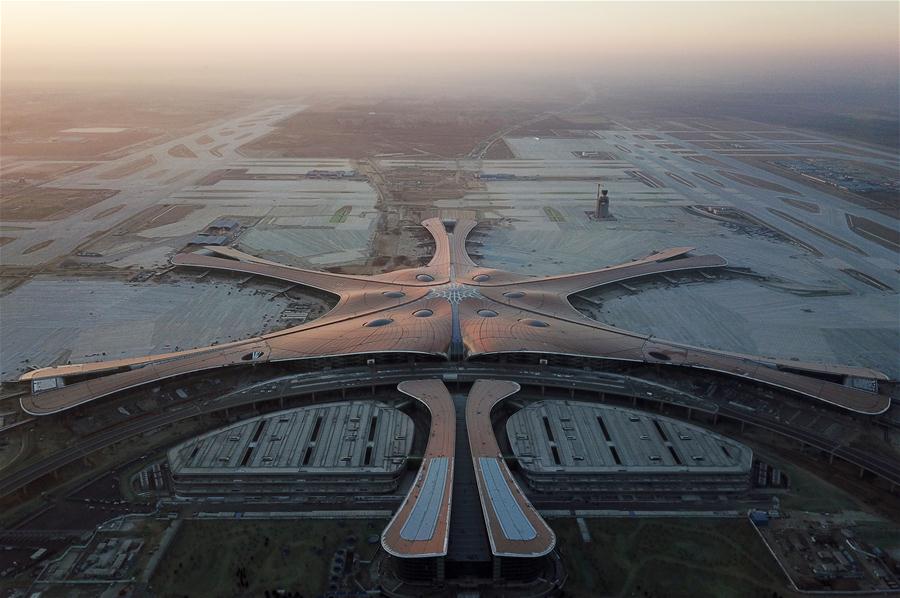