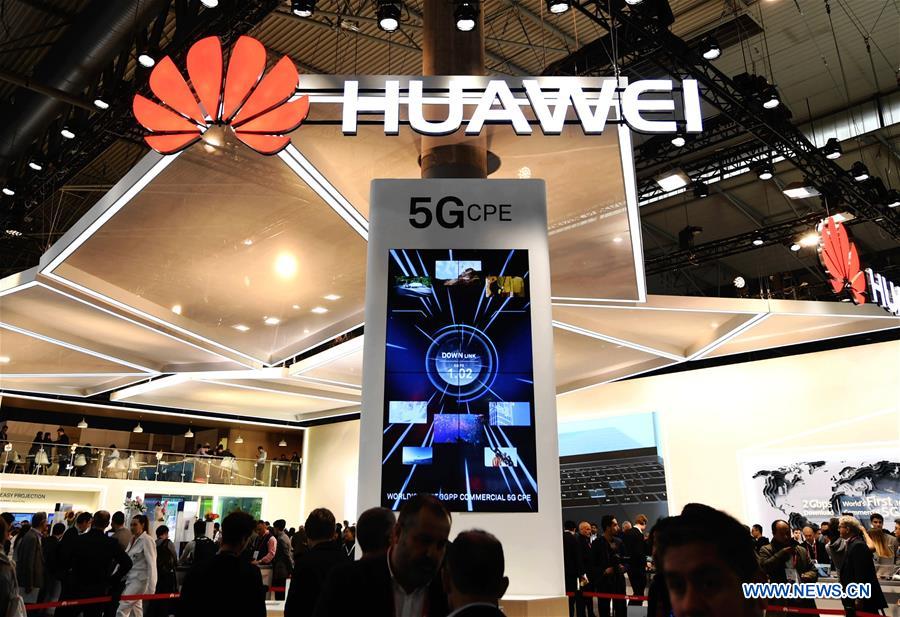 BEIJING (Xinhua) -- For years, non-US transnational firms, vying to carve a niche in the global market with cutting-edge technologies or products, often find themselves fronting an opponent far more powerful and brutal than any commercial rival they have ever contested with -- the US government.

Many foreign entities, whose business may seem irrelevant to the United States, have been forced by Washington with threats of sanctions to comply with US domestic laws and regulations.

"After so many years fancying itself as the champion of the Rule of Law, the US seems to be making headway in forging a world under the rule of law," said Zhou Qing'an, an analyst of international relations at China's Tsinghua University. "Only it's the American law of the jungle."

In recent years, the U.S. government has slapped sanctions on and posed threats to an increasing array of foreign entities under the pretext of infringements of its tailor-made rules and regulations concerning anticorruption, taxation, investment and arms exports, crafting a long-range weapon with its jurisdictional system, the very foundations undergirding a country's authority.

Citing Cuba as an example of the U.S. jurisdictional overreach, Mauricio Santoro, head of the Department of International Relations at the State University of Rio de Janeiro, said that for many times, the United States has enacted new laws and regulations to justify its punishments on foreign companies having commercial contacts with Cuba, a country that has long been taken as a thorn in the flesh by Washington.

In the latest round of sanctions against the Caribbean country, Washington activated Title III of the Helms-Burton Act, which put companies operating on properties confiscated by the Cuban government at risk of being sued in U.S. courts.

It's not just the entities from countries deemed by the United States as rivals or competitors that were exposed to the arbitrary abuse of Washington's jurisdictional power. Firms of its allied countries which refuse to yield to the U.S. supremacy can also find themselves under fire of such an overstretched jurisdictional "weapon."

In 2014, the U.S. Department of Justice fined Alstom, a French power and transportation conglomerate, 772 million U.S. dollars, alleging the French company has broken America's Foreign Corrupt Practices Act, which eventually led to the partial acquisition of Alstom by General Electric, its arch rival in the United States.

Last month, the U.S. Commerce Department put Huawei, a Chinese company that has taken the lead in 5G technology, and its affiliates on a blacklist that requires the federal government approval for any sale and transfer of U.S. technologies to the Chinese firm.

Up to now, the United States is still lobbying other countries to exclude Huawei from 5G networks construction over groundless accusations of spying.

"What is the most effective way to win a losing race? You change the rules and draw a foul on your competitors, rude but effective," Zhou explained with a metaphor. "That is exactly what the United States is doing to its competitors, even allies."

For decades, the United States has been touting itself as the flag-bearer of "freedom, equality, justice and humanity," but in recent words and deeds, the Washington government is exposing itself as an international Darwinist who sees the world as a jungle where the powerful preys on the vulnerable.

By overstretching its jurisdiction and applying unilateral sanctions, the United States is challenging the sovereignty of other countries, said Philippe Bonnecarrere, a French senator, denouncing the U.S. extraterritorial jurisdiction as power logic.

Echoing the senator's words, Swaran Singh, professor at School of International Studies in Jawaharlal Nehru University, noted that extending jurisdiction of U.S. domestic laws beyond its border "has no legal standing whatsoever."

"It's only its position of power in international system that has allowed the United States to arbitrarily impose its domestic laws abroad while rejecting several other universally recognized international laws and norms," said the professor.

However, it is also the "universally recognized international laws and norms," which the United States once paid, even sacrificed so much to build several decades ago and now is turning its back on, that helped the country build its advantages over other countries.

Thanks to economic globalization, large European firms all have capital from different countries, including the United States, and due to Washington's threat of sanctions, they have to comply with American rules, said Bonnecarrere.

Even though an international Darwinist's obsession with the jungle law can not be changed overnight, if the past is any prologue, "the obsession with power relations," as the French senator put it, "is mortifying."

BACKLASHES FROM ALL AROUND

In a world where multilateralism and win-win cooperation are still the mainstream of the times, an international Darwinist with zero-sum mentalities like the United States is bound to face backlashes from within and outside the country.

David S. Cohen, a former deputy director of the CIA and former undersecretary of U.S. Treasury Department, warned in an article published in April that the U.S. sanctions will not only weaken countries being punished, but "breed resentment and alienate would-be international partners."

"In the long run, it works against U.S. foreign policy interests and threatens the American economy," said the article.

As the world's biggest economy, the United States enjoys "an outsize role in business transactions around the world." The U.S. extraterrestrial jurisdiction, a typical prelude to economic sanctions, would certainly cast a bigger shadow over the whole world.

Managing Director of the International Monetary Fund (IMF) Christine Lagarde said earlier this week that the existing and potential tariff hikes resulted from the U.S.-initiated trade tensions with China could reduce global gross domestic product (GDP) by 0.5 percent in 2020.

Earlier this year, The Economist sounded a warning in an article for Washington. "Far from expressing geopolitical might, America's legal overreach would then end up diminishing American power," it said.