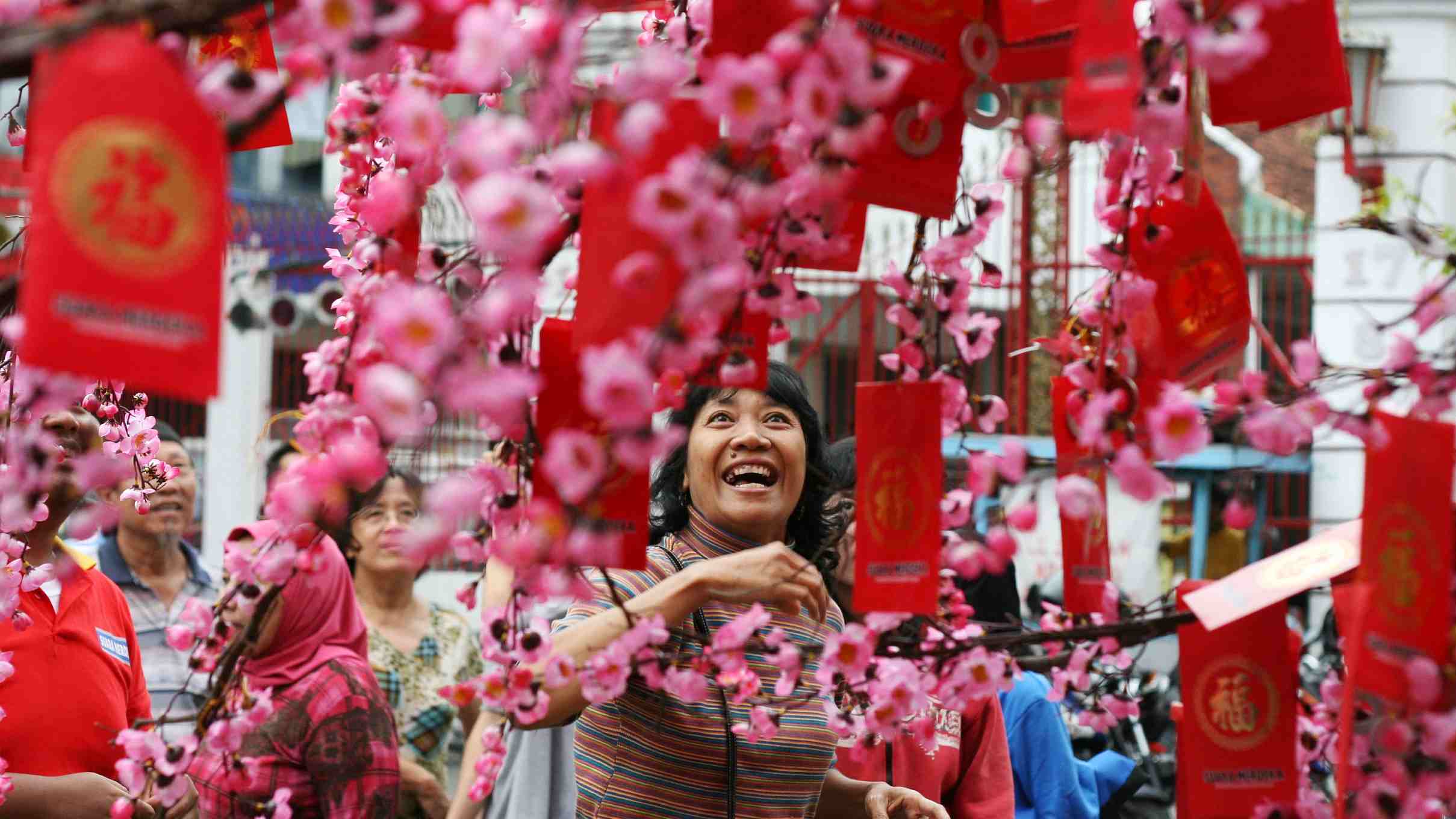 The locals in central Java's capital city Semarang are no strangers to the Chinese culture. Restaurants, homes and temples around the city boast Chinese cultural influence with red lanterns swaying and traditional music playing.

After all, it was the city where Chinese Admiral Cheng Ho stepped foot thousands of years ago in 1460. One of the biggest temples, Sam Po Kong, is a reminder of Cheng's journey to the Southeast Asia with a mission to promote trade, spread the wonderful Chinese culture and the religions of both Islam and Buddhism.

About a three-hour drive from Semarang is the town of Lasem. It's a quiet district known for its large Chinese community. Sometime in the 13th to 14th century, the locals say Chinese immigrants came to the town and began to settle down in the area, bringing with them an abundance of traditional food, art and rituals.

There are plenty of ancestral homes and buildings that are still rich in Chinese style. But all of that is feared to be lost as many of the young population have moved out to big cities. The older generation is finding it difficult to preserve what's left of Lasem's Chinese cultures.

Sigit Witjaksono's family has been living in Lasem for more than 90 years. Around 50 years ago, he founded his business, Sekar Kencana, specializing in hand-made batik clothing. Sigit's work has always been unique and different compared to other batik craftsmen in the country. Batik, a traditional Indonesian art, is popular in Java and for years the art shows patterns native to Javanese cities.

However, as a Chinese Indonesian, Sigit felt compelled to include both his nationality and ethnicity's art into his creations. The result is always patterned with a beautiful blend of Chinese and Javanese art.

This is his way of continuing to preserve the town's history. His team draws patterns such as Chinese writings, flowers and dragons to celebrate his Chinese heritage.

"Traditionally my batik is Javanese, but for years I have blended Chinese patterns into my work. I take inspiration from Buddhism, Taoism and Confucianism and incorporate that into my clothing. The demand for those is huge here. I have always wanted to include my culture's history into my batik pieces. It is important to me to show that I am both Indonesian and Chinese," said Sigit Witjaksono.

Afnantio Susantio is also working to preserve Lasem's rich heritage. He is the owner of Nyah Lasem Museum, a place where hundreds of items are on display. He showcases letters, books, everyday items that have its Chinese influence from thousands of years ago.

"I have always loved collecting vintage items. I knew that when given the opportunity I would open up my own museum. I inherited this house from my father. Until now, this is a museum that showcases Chinese collector items that dates back to the Dutch era," said Susantio.

Conservationists like Sigit and Susantio are prioritizing to bring old ancestral art and buildings to life in Lasem. By doing this, they are ensuring Lasem's Chinese culture will not become a lost heritage.