CHINA 'Negotiation is the way' to solve the problems between the US and China: expert

'Negotiation is the way' to solve the problems between the US and China: expert 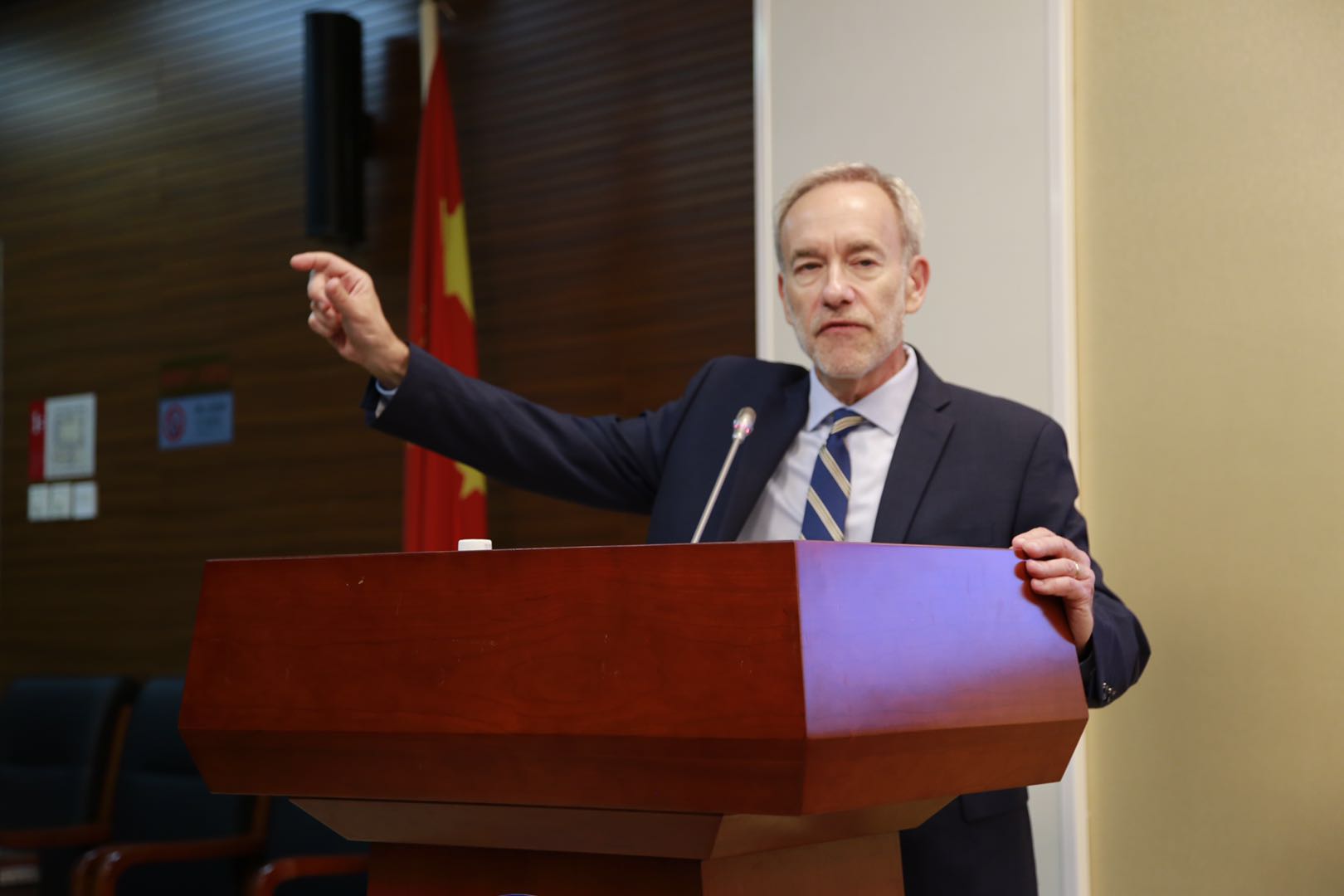 Avery Goldstein is delivering his speech at the University of International Relations in Beijing on October 12, 2018. (Photo: Wang Xiangyu/People's Daily)

The US should avoid provoking China and negotiation is the way to solve the current fictions troubling the 40-year-old ties, said a renowned China expert.

“If I were asked what the US should do or what would be a better American policy, I will suggest it adopt the policy ofcooperating with China…since China is working toward a proper international order by taking several earnest steps,” Avery Goldstein, professor of global politics and international relations at University of Pennsylvania(Penn) and the director of the Center for Study of Contemporary China, told an audienceat a Beijing univeristy on Friday.

Goldstein said China has made efforts to assure foreign nations they are behaving responsibly as they re-enter the global stage.

The Penn professor referred to calling for US to build new type great power relationship, China’s signing of Paris Agreement and the establishmentof the Asian Infrastructure Investment Bank (AIIB).

The US challenged China’s interests on the Taiwan question and the South China Sea issue. Hence China was forced to push back, Goldstein noted, and suggested that Washington should stop making similar mistakes and look into negotiations to solve their differences.