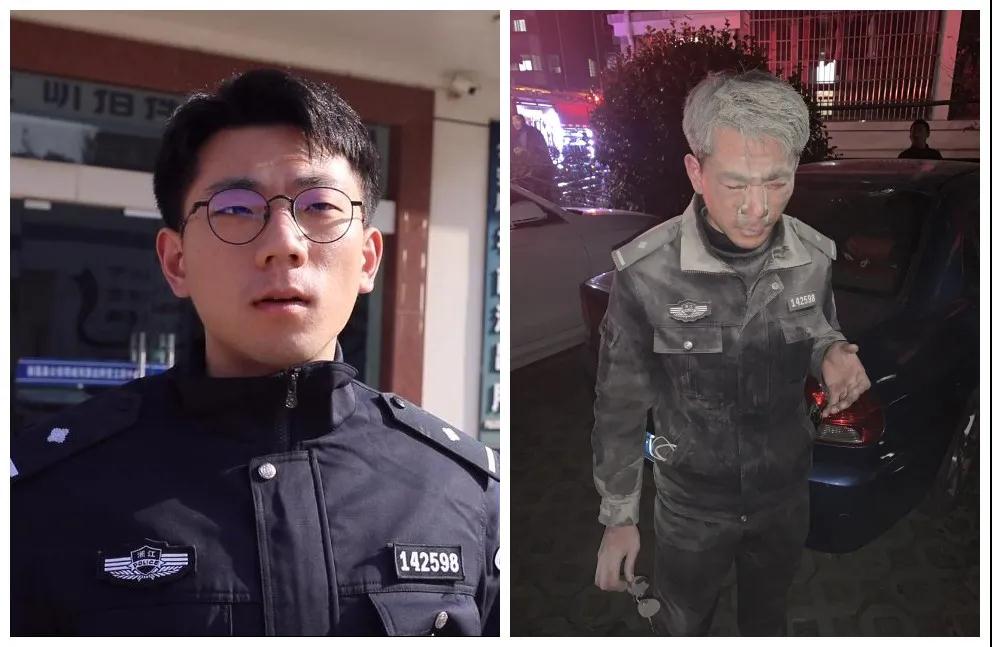 Before and after: Officer Liang Tianxiong (Photos: video screenshot)

How did a 25-year-old policeman end up looking like a white-haired old geezer?

Officer Liang Tianxiong used up 15 extinguishers helping firefighters put out a kitchen blaze in a residential building of Shaoxing, a city in Zhejiang Province on January 4.

Before and after photos of Liang, released by the official Zhejiang police account on Thursday, went viral on China’s Twitter-like SinaWeibo this week.

Chinese internet users marveled that the old man pictured was actually young and handsome underneath the powder and praised Liang for rushing to the fire.

A younger-looking, healthy Liang published a video clip on Friday, thanking residents who helped him gather all usable fire extinguishers.

“Thank you for your concern,” Liang says in the video. “It is our duty to be able to rush out at the critical moment and to be brave in the crucial moment. Next time, I’d rush in again. Of course I shall pay attention to safety.”

At 8 pm on January 4, Liang’s station in Shaoxing received an emergency call about the fire which broke out in a residential building where the roof was collapsing.

Liang grabbed firefighting equipment and rushed to the burning building.

In thick smoke, Liang fumbled to turn off the power and gas. 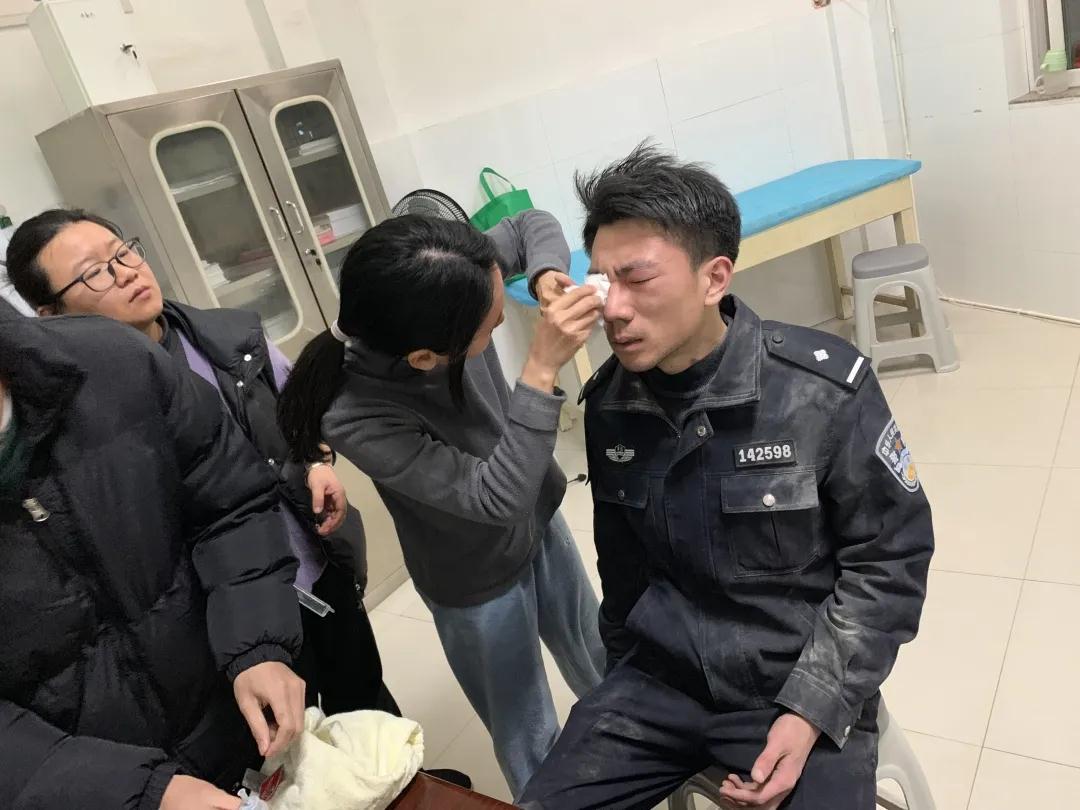 Officer Liang Tianxiong is treated at hospital in Shaoxing, a city in Zhejiang Province.

After long hours fighting the fire, Liang was covered in dry powder and unable to open his teary eyes. He received treatment at hospital. Nobody was seriously injured.