CHINA 'No better option' for China, US than cooperation: Chinese ambassador

'No better option' for China, US than cooperation: Chinese ambassador 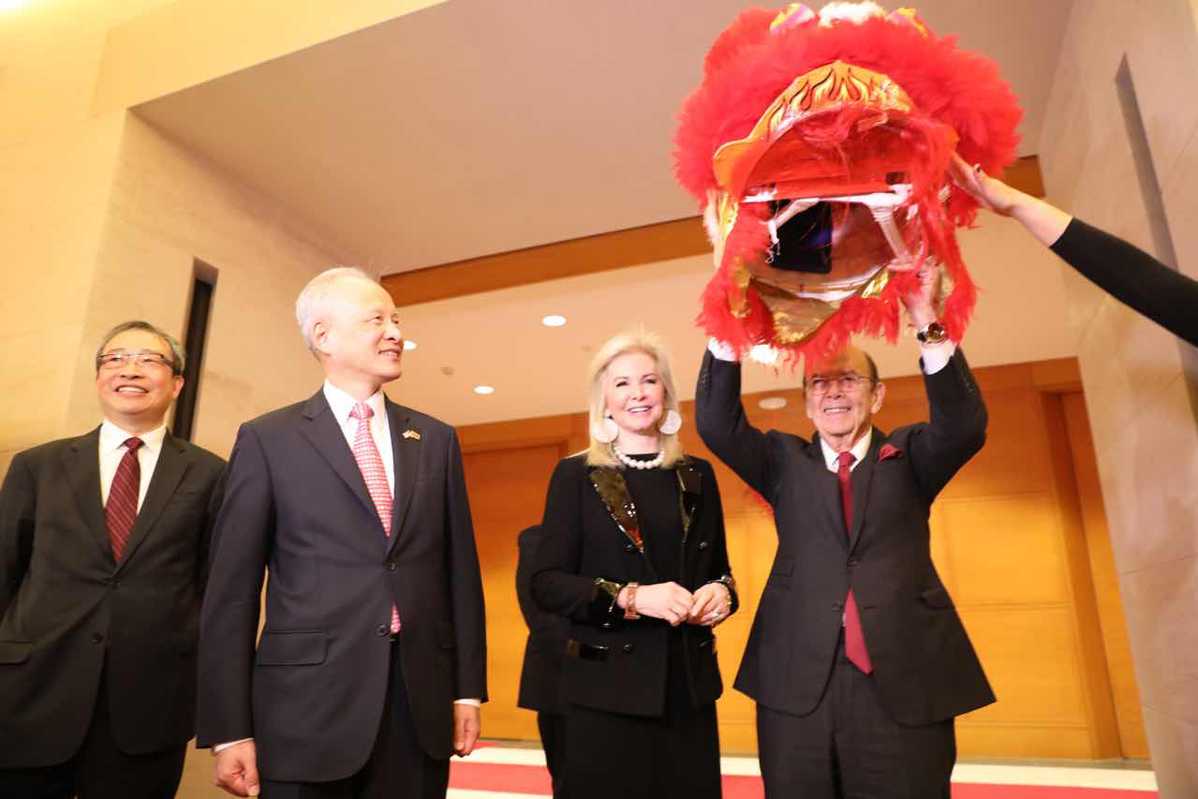 Speaking at the reception for the 40th anniversary of China-US diplomatic relations and the Chinese New Year, Cui said history has proven that cooperation serves the interest of both countries.

Cui highlighted the progress both countries have made over the past four decades, saying "China and the US have interacted on such an extensive scale and influenced each other in so many ways that each is stronger and better than it would be otherwise."

He acknowledged the differences between China and the United States in history, culture and social system, but said both countries should "not be intimidated by those differences."

"We need to respect each other's independent choice of social systems and paths of development, and accommodate each other's core interests and concerns," Cui said.

"Whether on economic or security issues, we can always find a way out if we address the differences with candor and good faith, based on mutual respect and common interest," Cui said.

Cui urged both countries to remain open to each other and become more connected instead.

US Secretary of Commerce Wilbur Ross, National Security Council Senior Director for Asian Affairs Matt Pottinger and a number of members of Congress attended the event.

The People's Republic of China and the United States formally established ties on Jan. 1, 1979.

Over the past four decades, the progress of China-US ties is nothing but staggering, far exceeding most people's expectations.

Bilateral trade grew from a negligible $2.5 billion in the late 1970s to over $580 billion in 2017, while the stock of two-way investment rose from practically nil to more than $230 billion.